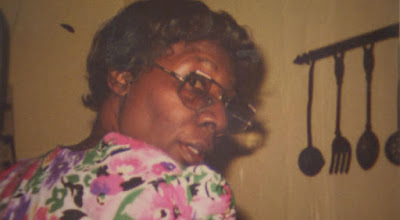 PHILADELPHIA (KYW Newsradio) — After 85-year-old Ruth Pasley died in a Philadelphia nursing home last New Year’s Eve, she was quietly laid to rest in Montgomery County, so quietly that her family had no idea for more than six months.

Accounts of her case, provided exclusively to KYW Newsradio, not only expose a family’s heartbreak but also raise red flags about cracks in the state’s guardianship system.
“It still hurts”

David Wilson is still trying to come to grips with his grandmother’s death. Coping with a slew of family illnesses recently meant he hadn’t gone to visit his grandmother, known to loved ones as “Miss Ruth,” since before the holidays in 2017.

“Once my father passed, it was on me,” he told KYW Newsradio. “It still hurts. All I want to know is what happened to my grandmother, when, and why we weren’t informed.”

Miss Ruth had dementia and lived in the community with help from neighbors and friends. But when her son died in 2014 and those friends aged, the Pennsylvania Corporation for Aging stepped in. During a hearing in June of 2015, the court appointed attorney James Tyler as her legal guardian. Wilson said he did not object to the appointment.

Eventually, according to the family, Tyler moved Miss Ruth to Cheltenham Nursing and Rehabilitation Center, a facility 26 miles from her old North Philadelphia neighborhood near 17th Street and Susquehanna Avenue.

"During that time, I had a heart attack, I had cancer," said Sandra Pasley, 71, Miss Ruth’s daughter-in-law. "There were a lot of things going on." She and other family members lost touch. "But still, I used to try to visit her when I could," she said.

When Miss Ruth died, representatives from Cheltenham said they called the guardian. But, the family told KYW Newsradio, no one called them.

The Pennsylvania Corporation for Aging declined to comment on the case, citing confidentiality issues.

"I am very upset," said Sandra Pasley.
A “semi-private plot”

On July 8, Wilson visited Cheltenham and discovered his grandmother no longer lived here. He was told to call Miss Ruth’s guardian. He said when he called Tyler the next day, he was told Miss Ruth had died, but Tyler would not tell him where she was buried.

It took Wilson weeks of calls, visits to the nursing home and calls to local funeral homes to find out that Miss Ruth was buried Jan. 10 at Fairview Cemetery in Willow Grove, in Montgomery County.  On Aug. 8, he took the 45-minute ride to his grandmother’s final resting place with his mother, Sandra, and sister, Ashley.

"This is bull crap man," said Ashley. "There's no name, no nothing. How do we even know that our grandmother is here?"

Wayne Luker, Fairview's president, told the family the cemetery received a direct order for burial. He said there were no chairs set up, and Miss Ruth was buried in a semi-private plot — with four other bodies. He says the cemetery was told that there was no family. The burial cost $900.

"We’re going to have to do something," said Wilson. "Everything she needed funeral-wise, we had. She deserved better than this."

Cracks in the system

Wilson said he believed that having a guardian meant his grandmother would be okay and that the family would be notified if there were problems.

However, notifying next of kin is not required under the state’s guardianship laws.

"There are people who feel, especially if they are not local or close family, that if they have a guardian they are taken care of," said Diane Menio, executive director of CARIE, a nonprofit that advocates for the elderly in Pennsylvania. She said guardianship laws in Pennsylvania fail to adequately protect seniors.
"The statute, as it exists now, it requires people to report," she said, "but it doesn't require a whole lot beyond that."

Under the rules, guardians are not even required to visit their clients.

"We recommend once a month, but that rarely happens," said Menio.

In order to do a thorough job, Menio said a guardian would have to call and check in, visit and communicate with the family of his or her client. The only problem is compensation. Many of those needing a court-appointed guardian are poor and have family who are unable or unwilling to put forth the type of effort required to adequately take care of an incapacitated person. Monthly pay for such services from poor seniors is only $100 a month. In order to make ends meet, some guardians will run a volume business, taking on many clients and doing the bare minimum. Additionally, the courts are understaffed and provide limited oversight.

"They don't have the type of resources they need to do monitoring," said Menio.

In response to an inquiry from KYW Newsradio, the Philadelphia Orphans Court wrote that James Tyler, the attorney appointed to Miss Ruth's case, has one of the larger guardian caseloads. Multiple sources say he has scores of guardianship clients. According to the annual reports his office filed with the Orphans Court, Tyler earned at least $1100 a year for providing guardianship to Miss Ruth from June of 2015 until her death in December of 2017. Those filings show that he visited Miss Ruth only one time, for 10 minutes, during those two and a half years. Mr. Tyler did not respond to repeated requests for comment.

Pennsylvania has nearly 2.7 million residents age 60 and older, and that number will hit 3.3 million by 2020. Thousands of seniors and infirm individuals have state approved guardians who are supposed to protect their rights, but the law requires only that guardians do what's in the "best interest" of an incapacitated individual and the specifics are left for interpretation.

"It's time consuming to be able to do what you need to do," said Keelin Barry, a Philadelphia-based attorney with an elder law practice in Center City. She also sits on the Pennsylvania Elder Law Task Force and is a guardian for 37 seniors. "I think, really, it's unclear what a guardian should be doing," she said.
What can be done?

In 2014, the task force delivered a 284-page report to help the Pennsylvania Supreme Court better protect elders from abuse and neglect, including 130 specific recommendations. Some included mandatory training for guardians on ethics and liability, a bill of rights for seniors and family and more.

"We need to have a stronger system for supporting guardianship," Barry said.

One effort to improve the system is the Guardianship Tracking System that is scheduled to roll out this year. In a promo video created by the Pennsylvania Supreme Court and released last month, judges explain that GTS will allow guardians to file reports online and send email reminders.

"It will allow judges to put red flags on guardians who may have done something wrong," Barry said.

GTS supporters like Barry are hoping it will provide a statewide tracking system, something that is currently lacking since filing practices vary from county to county. Last year, it was discovered that a woman convicted of fraud was serving as guardian on a total of 100 cases in three different counties, prompting lawmakers to propose a bill for guardian background checks. Advocates are hoping these reforms and others will close the cracks in the system.

Meanwhile, David Wilson is still living with the guilt of relying on others to care for his grandma Ruth.

"I do feel bad because I didn't get a chance to get out there and do what I should had been doing," he said. "Even though there’s a power of attorney, that doesn't mean they'll take care."

Wilson’s focus now is saying goodbye to his grandmother.

On Wed am on @KYWNewsradio tune into part one of #WheresGrandma. When 85yo #MissRuth died last NYE she was quietly laid to rest, so quietly it took 6 mos for her family to find out. We’ll explain how the case exposes cracks in guardianship law. Livestream: https://t.co/eubGbkvrHY pic.twitter.com/ATFuJNfhy9
— Cherri Gregg (@cherrigregg) October 16, 2018

"We wanted to give her a proper home going," he said.

It will cost thousands to move Miss Ruth from the grave in Willow Grove to Eden Cemetery in Philadelphia, where her son and the rest of the family are buried. Wilson says it's money the family does not have, but they'll work on a solution and take the lesson to heart.

"Try do whatever you can," said Wilson. "Just go see your loved ones."

This poor family. I'm so sorry for them.