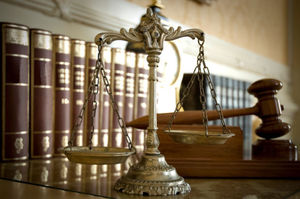 As New Mexico enacted adult guardianship reforms aimed at transparency and accountability last summer, the owner of an Albuquerque fiduciary company allegedly began skimming money from the very people the new law was supposed to protect.

Before last year’s reforms, “If I saw a problem, there was no path (in the law) that would really allow me to report that to law enforcement,” said Bacon, a former state district judge in Albuquerque.

Now the system is “no longer so sequestered that judges can’t report problems to law enforcement.” she said in a recent interview. “Now it’s a much easier path.”

During a news conference Friday at the Roundhouse, Lujan Grisham said, “I wish we’d done a little more on guardianships.”

But SB 395 contains many reforms, including requiring certification and training of professional guardians and conservators and setting up of a standardized grievance process for complaints about the treatment or welfare of incapacitated people living under court-imposed guardianship or conservatorship.

The new measures were recommended by a steering committee of legislators, judges and the executive branch.

“This is the next logical step in the guardianship and conservatorship reform statewide,” Bacon said.

The judiciary still can’t say how many incapacitated people, who need someone to manage their affairs, are currently under guardianship or conservatorship. District courts around the state are still sifting through their case files to weed out those in which the protected person has died, moved or no longer needs court protection.

Also working under the legislation passed last year, the State Auditor’s Office is examining annual reports that guardians and conservators file with the courts on the status of a protected person, and few red flags have pointed to exploitation or mismanagement, Bacon said.

But there has been “underreporting of income and then there have been problems with how folks have been reporting,” Bacon said.

Beginning with an investigative report in late 2016, the Journal has detailed how weaknesses in the state’s adult guardianship/conservatorship system have left vulnerable, incapacitated people open to abuse and exploitation.

The push for reform was further fueled by the federal indictment in the summer of 2017 of the two principals of a large Albuquerque guardianship and fiduciary firm, Ayudando Guardians.

That same summer, the CEO of an Albuquerque conservatorship and financial firm, Desert State Life Management, was discovered to have embezzled more than $4 million from vulnerable clients. Both firms closed.

Desert State CEO Paul Donisthorpe is serving a 12-year prison sentence, and the Ayudando defendants are set for trial later this year on charges of bilking about $4 million – mostly from military veterans who were clients.

At a March 12 hearing on the latest reform initiative, House Judiciary Committee Chairwoman Rep. Gail Chasey, D-Albuquerque, asked Bacon, “Do you have provisions now where you believe you can prevent the abuse that occurred by the corporate guardian (Ayudando)?”

Bacon responded that the new law has added transparency and accountability in several ways.

She told the committee that new reporting forms required of guardians and conservators beginning last July are “far more detailed and are actually auditable.” The number of pages for guardian reports went from two to 20 under last year’s changes.

Bacon cited the more stringent reporting in explaining to legislators how she discovered what she believed was “skimming” from client accounts by the Guardian Angels firm.

Last week, Bacon told the Journal that after new, more detailed annual reports were required, a court-appointed professional guardian “was sifting through all kinds of information to make sure she was up to speed” on a particular client.

That’s when the guardian noticed that a client’s bank account had been transferred from Ayudando to Guardian Angels by the U.S. Marshals Service, which oversaw the closure of Ayudando and reassignment of 1,400 clients to other firms and guardians.

Ayudando, while providing both guardianship and conservatorship services, had also served as a representative payee for some clients, overseeing the regular Social Security or Veterans Affairs benefits received and paying client bills each month. (In some cases, the guardian or family member performs representative payee duties, but other times a private company is appointed and charges a fee for its services.)

Bacon said the professional guardian noticed that Guardian Angels, as the representative payee, had moved a client’s funds from one bank to another, and saw that the $200 promotional bonus for opening the new account had been withdrawn by Guardian Angels.

After more digging, the professional guardian alerted Bacon’s office and a hearing was held, which Crumpler attended. As the hearing progressed, Bacon said, she ultimately felt compelled to read Crumpler her Fifth Amendment rights against self-incrimination.

“I had this very good sense that this was a bigger problem, and so other judges started seeing the same thing and having hearings,” Bacon said. “So I reported it to the AG’s Office, and the AG ran with it.”

Crumpler was charged March 12 with a second-degree felony of embezzlement and tampering with evidence stemming from nearly $50,000 in transfers she allegedly made from client accounts, beginning in June 2018 and continuing through November.

According to the AG’s Office, Crumpler opened new accounts for 247 clients, withdrew the $200 bonus and placed it in her own account. She is alleged to have put the money back into the clients’ accounts to avoid being caught.

Bacon said last year’s law relaxed the traditional confidentiality imposed in guardian and conservator cases to give judges the discretion to allow access to a protected person’s case information, if warranted.

“It goes all the way back to the changes that we made and that there was a responsible corporate guardian who was able to access more records and ask questions.” Typically, the courts aren’t involved in appointing representative payees. That is left up to federal agencies.

Another reform in the latest law bars conservators from requiring a “waiver of liability” before heirs to an estate can receive an inheritance or a share of assets.

“With some regularity, we saw two different things were happening,” Bacon said. “One, the conservator was holding hostage funds (heirs were waiting for) and saying, you’re going to sign a release (of liability). Or, the conservator was asking an incapacitated person to sign a release. Well, they (the protected person) don’t have (mental) capacity.”

The conservators, she said, “were using that to walk away from any perceived liability.”

Now, such waivers are null and void in future cases.

State Sen. James White, R-Albuquerque, who sponsored the legislation along with state Rep. Daymon Ely, D-Corrales, said of the new reforms, “I think we’ve raised the level of attention to this.”
“Hopefully, we closed all the loopholes, but you never know.”

Some guardianship reforms contained in Senate Bill 395:
• Permits judges to appoint court investigators to conduct on-site reviews every 10 years to assess the protected person’s status and continued need for a guardianship.
• Requires a lawyer appointed for the alleged incapacitated person, a guardian ad litem, to submit a written recommendations to the judge before a hearing on whether to grant a guardianship or conservatorship, thus allowing additional time for review.
• Specifies the type of document, such as a will, a person can use to designate choice of guardian or conservator if he or she becomes incapacitated in the future.

New Mexico should be happy. Now that the laws are in place, it's beyond time to enforce them.

If only it could Happen Here in Denver , 2017PR30772 the Guardians and Conservatorship have wipes Thru $771,000 in the last year alone and are not finished , Sharon Wells is a living person I saw her last week and she is Being Financial exploited By Steenrod Mcminimee Shwarts and the Denver Public Administration office, they Have 5 Different Guardians , a GAL and Home Safe Care That there all Billing At astronomical prices