Since 2015, Brad Ryan has taken 92-year-old grandmother Joy to 62 of the country’s 63 national parks after she said she had never seen a mountain in person.

The conclusion to this amazing adventure is set for this year with a visit to the last national park on their list – the National Park of American Samoa.

The challenge to visit all US national parks began when Brad, a veterinarian student at the time, told his grandmother of his trip to the Appalachian Trail.

He was shocked when Joy, from Duncan Falls, Ohio, said that she had never once seen a mountain range, or had even gone camping!

She wished that she had the chance to go on a trip like her grandson, and Brad responded in the best way ever – he took his grandmother on the journey of a lifetime!

Brad said, “I felt bad that she was always living vicariously through my stories. And so just knowing that she had never seen deserts and mountains and the ocean and these incredible wild places on Earth, it just felt like a responsibility that I had to her to make sure that she had some memories to take away in her life story as well.” 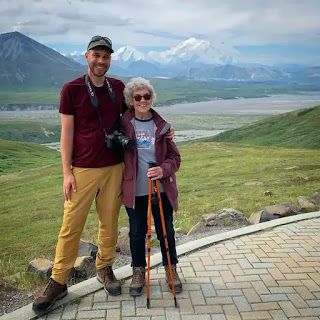 Full Article and Source:
92-year-old grandma and grandson are on an epic road trip to visit every US national park together
Posted by NASGA

Email ThisBlogThis!Share to TwitterShare to FacebookShare to Pinterest
Labels: Inspiration