Enough With the Doping! 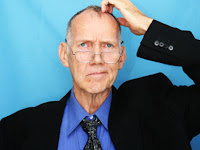 Caring for dementia patients can be difficult, but that's no excuse for pumping them full of antipsychotic drugs, said panelists at a recent Senate Aging Committee forum.

Over-medication occurs far too often in those with Alzheimer's disease and other forms of dementia, panelists said, and as baby boomers get older, the problem will only worsen.

Take, for example, the case of a demented Wisconsin woman who put up a fight whenever anyone tried to move her. The woman was prescribed an antipsychotic medication. A month later an x-ray showed that she had been suffering from a broken hip, according to panelist Dr. Christine Kovach, professor of nursing at the University of Wisconsin in Milwaukee.

The woman had been unable to communicate that she was in pain. "Antipsychotic medications should only be used for psychosis," Kovach tells CBS News, "not to calm behaviors."

There are ways to deal with difficult dementia patients that don't involve drugs, says the executive director of the California Advocates for Nursing Home Reform, Patricia McGinnis. Examples include counseling and better training for caregivers. "Don't immediately think a behavior problem is psychological," says Kovach. The problem could be physical, or even being caused by some inadvertent behavior of the caregiver, she says.

So many victims complain that their loved ones are drugged into stupors. And when they complain, their complaints are dismissed.

This is exactly what happened to my mother. A guardian had her put on drugs to control her behavior and sleep patterns and she really had a huge ulcer. All the medication did was cause trouble and she ended up in the hospital, in and out,it really took her down physically and mentally. It was horrible to watch and not be able to stop the guardian from making sure she was getting heavily medicated.

So true, way too many drugs given to people.

It's not just dementia patients. It's all nursing home residents. There are more and more articles out about this dangerous practice and yet the practice continues.

I am amazed anybody has noticed. Colorado Judicial Branch certainly has not noticed this drugging. My mother, the most peaceful sane
person I have ever known, is drugged with the elder killer drug,
Zyprexa, which causes diabetes and heart attack, as well as falls from dizziness. The guardian is "protecting" my mother's privacy "right" by getting Judge Munsinger to sign an order preventing knowledge to the legislature of Colorado on this drugging and and on Judge Munsigner's refusal of my mother right to see an unbiased doctor to get her right to unbiased evaluation honored and on the enforced isolation. Rudy Bush

This article tells everyone big Pharma is behind the lobbying of taking the disabled and elderly prisoner for profits ......

The great American Drug Experimentation lobbying Capital Hill to look the other way ......... and the FDA and FBI

In NJ there is a big scandal about Law Enforcement illegally using Steroids to become big and strong ......bullies

RCD, my mother was able to communicate!!

RCD repeatedly; told people she wanted to go home, asked how they could keep her there, said that she hadn't hurt anyone or broken any laws. Mother was vocal about being kept isolated and locked in a nursing home against her wishes!

RCD, is a Pennsylvania resident and domiciliary who fell prey to a professioanl guardian/thief shortly after arriving in Florida on vacation with my sister.

Jetta Getty's friend and business associate, Edith Myett of Ormond Beach, FL was recently found civilly liable for breach of fiduciary duties involving a trust. edith Myett now has a Judgement against her in excess of $100,000.00 and was also found in contempt of court.

if these were children being drugged what would the reaction be?