The elderly man became increasingly alarmed as the battles among his five grown children grew acrimonious.

His two daughters, worried that he wasn't taking proper care of himself, wanted him to move to a retirement community. His three sons balked, insisting that he was managing fine in his own home. At a family meeting their father made this jarring announcement: I'm nearing the end of my life, and you are making me so unhappy that it might be easier if I killed myself and ended the fighting.

Unlike lawyers who are hired to advocate for one side, elder-care mediators function as impartial observers in a voluntary process designed to be less adversarial - and cheaper - than a court proceeding. Mediation is increasingly being recommended by lawyers and judges to families for whom a temporary stalemate or long-term estrangement has morphed into a full-blown crisis, often triggered by parental disability. Mediators say their job is not to dictate a solution, but to establish a framework for making decisions and to forge a consensus that is right for a particular family. 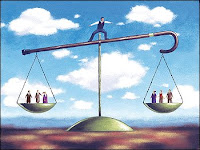 Email ThisBlogThis!Share to TwitterShare to FacebookShare to Pinterest
Labels: Mediation

Mediation is far better than litigation, where the American concept of justice, taught to us as children, no longer exists.

Mediation can be better than litigation. In my case, the mediator looked me in the eye in 2007 and told me no one would interfere with the relationship my father had with my 2 children, then ages 3 and 1. My children have never seen my father since. They are now 7, 4, and he has never met his 1 year old grandson.

I am all for this but I think it's important that judges participate in mediation as well. They are all too quick to decare "a family fight".

I would bet that mediation won't work in most cases. It only works if rational adults are participating. If you have abusive, crazy "adults" involved who want their own way, period, it's a waste of time.

Of course, mediation has to be free of corruption, which is unlikely since it's all about money, not people.