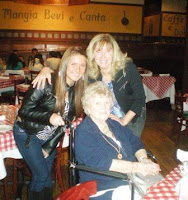 Dorothy was less than two weeks away from the potential of finally regaining her freedom when she suddenly had a seizure while in the nursing home. Dorothy was very happy the day before when she was taken by her daughter, Diane, to see how great it would be to stay with her. The eyes of this eighty-seven-year old brightened when she was shown the renovated bathroom that would make things much easier for her. Imagine being excited by new plumbing? It certainly expresses how depressed she was while being held against her will in a facility.

I have tried to be very careful whenever writing about the nursing homes, because they are generally not the initial cause of what is a systematic legal abuse against the elderly and others who might be health or mentally challenged. In the past three plus weeks, there has been no explanation from the nursing home Dorothy was in as to why her daughter’s call was ignored when told that Dorothy needed immediate medical help. Diane had spoken to her Mom on the phone and urgently contacted the facility because Dorothy was in distress. It appears that no one went to check on her for close to an hour and when they did her health was so bad that she was rushed to the hospital. They were unable to stabilize her, leading to the sad passing of a vibrant woman.

While it is not completely possible to say that Dorothy would still be on this side of the divide had she not been relegated to a miserable situation at the hands and insistence of her “law” guardian, Mary Giordano, of the Franchina and Giordano law firm, it is likely that she would. In my opinion, Dorothy would have been living under the close, loving care of her daughter.

So sad, it breaks ones heart.

How can this forceful deprivation of rights be stopped. It seem we have laws in place, but the enfocrement is lacking, and in this instance - too late. Bless her soul. EB

This is an example of why the term "nursing home" is a misnomer. They don't nurse and they're not home.

It is heartbreaking, Diane. I am so sorry.

We must do more to stop this.

My condolences and prayers for you Diane.

I am so sorry, Diane. What they did to your Mom was criminal.