For months, Ginger Franklin has been trying to find out what happened to the 2001 Nissan Altima she owned before she was placed in an emergency conservatorship.

At first she was told her car had been repossessed and sold by the bank holding a note on the vehicle.

The Tennessean was given the same answer when it first questioned Franklin’s conservator, Jeanan Mills Stuart, about the whereabouts of the car in February. 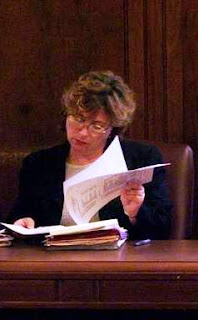 Stuart said Franklin was “upside down” on the car with an outstanding loan exceeding its value. She referred questions to the attorney who had handled Franklin’s bankruptcy.

The attorney, Maria Salas, however, told The Tennessean there was no loan on the car and the vehicle was never brought into the bankruptcy case.

New records obtained by The Tennessean show that Franklin’s car, after being turned over to Stuart, was towed away from the garage where Stuart’s office is located on Franklin Pike after a caller said it had been abandoned.

West Nashville Wrecker Service declined to say who requested the car be towed in April 2009. It sent a legal notice by certified mail to Franklin, telling her that if she did not pay storage and towing fees, her car would be sold.

Franklin never got the notice because she was in a conservatorship handled by Stuart. Records show Herbert Mills, Jeanan Stuart’s father, received the notice and signed a receipt for it, in effect, authorizing the wrecker service to sell the car in an auction.

“I had nothing to do with the car other than leave it in the parking lot at my office where I had parked it after getting the low offer on it from the dealer. I had driven it from the dealer to my office and felt it was dangerous to drive the car any further because of the shaking of the vehicle when I drove it,” Stuart wrote. 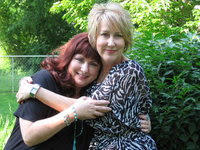 Stuart owes Ginger a new car and she needs to get her townhouse back. Stuart needs to answer questions under oath - what are the feds waiting for?

Looks like Jeanan Mills Stuart has been caught in a lie.

Will anything be done about it?

And will Ms. Franklin get reimbursed for the car that was stolen from her?

Perhaps Stuart wasn't actually literally lieing...maybe she didn't have anything to do with the towing of the car.

Maybe she just had someone else do it. Lawyers are experts at twisting words to suit them.

I agree with Anon it's time to come clean under oath now. Stuart has several versions of what happened to Ginger's car - why do I smell a rat?