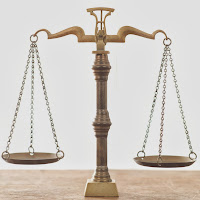 Craig used the power of attorney to divert a portion of the elderly woman's funds —mainly socials security — to pay her automobile insurance, purchase a bar and bar stools, make a tuition payment and other expenses, according to a press release from the U.S. Attorney's office.

In December of 2010, Craig submitted a reverse mortgage forging the woman's signature on her East Orange home, the office said.

According to Fishman, Craig used the money from the reverse mortgage to purchase items at retail, such as Gucci, Coach and Nike, as well as food and travel expenses in Atlantic City, California and Florida. She also used to money to pay her bills.

Who was she that she got a power of attorney?

She admitted it; now she can save everyone a bunch of money by pleading guilty and avoiding trial.

All they will do is make her pay it back and then the charges will be dropped, if they would put these people behind bars a lot of this guardian abuse would stop!!woulesb