Stay up to date with the latest headlines via email. 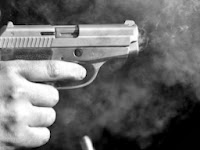 SHERMAN, Texas (CN) - As her husband begged them to "put the gun away," Texas police repeatedly shot and Tasered a demented 67-year-old woman because she wouldn't drop a letter opener, then told the husband they had "saved his ass," the man claims.
David Seyfried sued the City of Lewisville Police Department and six of its officers in Federal Court, for his wife Dolores Seyfried.
Seyfried says he called the Dallas Alzheimer's Association hotline after "Dolores had become agitated with (him) and had a four [to] five-inch letter opener in her hand" at their home in Lewisville, a Dallas suburb.
The Dallas Alzheimer's Association then contacted Lewisville police without his consent, Seyfried claims.
Defendant Lewisville Officers George Reed and Sgt. Courtney Letalien arrived as David tried to calm Delores down in their back yard, the husband says.
"Letalien immediately attempted to remove David from the back yard while holding an orange shotgun in his hand," the complaint states. "David became very upset once he saw the shotgun and believed at that time that there was no need for such measures. David repeatedly pleaded with Letalien to 'put the gun away' and explained that he can calm her down and that no force would be needed.

Full Article and Source:
Texas Police Repeatedly Shot and Tasered a 67-Year-Old Alzheimer's Patient - In Her Own Home
Posted by NASGA

Tasering was enough. They didn't have to shoot her.

The tasering is debatable. How many of these type stories have we seen lately? Is a pattern forming?

Does anybody think there will be accountability for this?