Life can be tough, especially when a judge says you're dead in the eyes of the law. 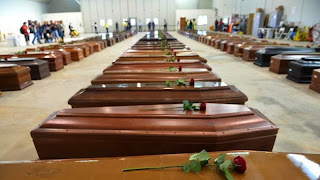 The Courier reports that 19 years ago, a court in Hancock County declared Miller legally dead eight years after he disappeared from his rental home.

As a result, Miller has lost his Social Security number and his driver’s license.

Judge Allan Davis called it a "strange, strange situation," but he also said the court cannot budge in its decision.

"'We've got the obvious here,” Davis said. “A man sitting in the courtroom, he appears to be in good health.”

Each state can make its own laws regarding declaring someone legally dead. Most generally rely on a similar set of criteria: that someone is missing and presumed dead if they can't be located for at least seven years, the absence has been continuous and a genuine effort has been made to locate the person.

Miller said he is a recovering alcoholic and abandoned his rental home while in the throes of his addiction. He said he returned to the court as part of an effort to get his life back together.

"It kind of went further than I ever expected it to," Miller told the court. "I just kind of took off, ended up in different places.”

Technically, Miller can petition to have his Social Security number reinstated in federal court, but his attorney, Francis Marley, told the Courier that Miller does not have the financial resources to pursue a second hearing.

"My client's here on a wing and a prayer today," Marley said.

His ex-wife, Robin Miller, asked for the initial death ruling so that Social Security death benefits could be paid to their two children. She reportedly declined to testify in court on Monday.

"I don't know where that leaves you, but you're still deceased as far as the law is concerned," Davis said.

Red tape operating at its best...

It is simply outrageous.

This is absurd but at the same time laughable. As the Judge said," We've got the obvious here." Yet, he upheld the 1994 ruling declaring
Miller dead. That's one way to beat not having to pay child support....." conveniently" lose your S.S.# and driver's license, hide out for seven or more years....then, you are pronounced "dead" then, show up.......boy, Mr. Miller needs to win the Academy award for Best Actor...