Judicial panel should have more options 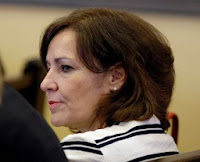 The commission that investigates allegations of misconduct against Texas judges deserves greater leeway in the types of disciplinary actions it can take after making findings. Proposition 9 would grant expanded options.

Complaints about Texas judges are reviewed by the State Commission on Judicial Conduct, which was created in 1965 to handle judicial discipline. About 1,200 complaints are filed each year against Texas judges at all levels of the judicial system. About 6 percent result in disciplinary action.

After investigating a complaint, the judicial commission has the option of taking action or ordering a formal hearing on the more serious cases if warranted. A flaw in the way the commission was established provides a wide range of sanctions in cases heard behind closed doors, but the panel is severely limited on the type of actions involving formal public hearings.

The Texas Constitution limits action taken as a result of a public hearing to a public censure or recommendation of removal or retirement. The options for nonpublic hearings include private or public admonitions, warnings, reprimands or orders to obtain additional training or education.

Limiting the range of sanctions at the disposal of the 13-member judicial conduct commission is a disservice to the process. In 2010, the restrictive nature of the sanctions available permitted Court of Criminal Appeals Presiding Judge Sharon Keller to beat the disciplinary action taken against her using this technicality.

Keller was given a public warning for blocking a death-row inmate's last minute appeal on the day of his execution. The commission found Keller failed to properly perform her duties when she closed the appeal court clerk's office at 5 p.m. after she was advised by the defendant's lawyers that they were having computer problems and wanted to file an after-hours appeal.

The appellate judge successfully challenged the public warning the judicial commission issued because it was not one of the sanctions allowed by the state Constitution in cases such as hers. Despite the troubling conduct, which cast the entire Texas judicial system in an unfavorable light nationally, Keller was able to avoid any official censure.

The public's confidence in the judiciary would have been boosted if the commission had taken one of the harsher sanction options open to them — which were to remove her from office or force her into retirement — but that is hindsight.

Texas voters can improve the system so history is not allowed to repeat itself by giving members of State Commission on Judicial Conduct a full range of options on sanctions they can take after judicial investigations.

Proposition 9 provides some much-needed fine-tuning of the rules under which the Commission on Judicial Conduct operates.

Full Article and Source:
Judicial panel should have more options
Posted by NASGA

The internal - or infernal - deliberations of judicial discipline - are the predominant cause of loss of public confidence
in the judicial system.

While I agree judicial panels should have all the power and resources to do their job properly, their track record doesn't speak well toward their stated intent.