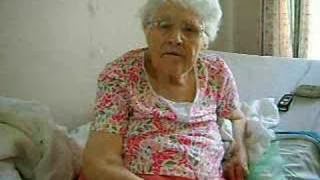 Eighty-five-year-old Reta Cook can't get around without the help of her family and a wheelchair but she says she doesn't need Santa Clara County's help with anything.

"I really don't know why they would want to take over my life," Cook says.

In Spring 2008, the Santa Clara County Public Guardian planned to conserve Cook, taking over her financial decisions. It was concerned about how cook was spending her money, including taking a large loan out on her home with hopes of fixing it up and selling it, purchasing cars for her grandsons and a RV for her daughter. Cook also tried getting one of her grandkids into the music business by investing in a hip-hop artist.

"I think that's my right; to spend my money on what I want to spend it on. I had enough. I knew what I was doing," she told the ABC7 News I-Team.

After Cook's primary doctor diagnosed her with dementia, the County also petitioned to take control of Cook's healthcare.

But Cook had one problem with that.

"I wasn't demented at all," she says.

She tells us that's when she decided to get out of Santa Clara County.

"I called my daughter and we immediately made the decision to leave. We had to do something," according to Cook.

Readers who appreciate ABC7 covering abuse by the Public Guardian can post comments on the ABC website.
http://abclocal.go.com/kgo/story?section=news/iteam&id=9389698

Great job ABC I team for covering guardianship abuse. Stories like these are not isolated. Please continue to publish, and investigate stories like this across our country. America needs to know and expose what the so called public "protector's" are doing.

Isn't this the new American way? Our beloved elders are losing their rights and all they own forcing them and their families into hiding and running from the protection industry.

Wake up America YOU ARE NEXT!!!

Think you are protected? safe? have your POA's in order? In the end none of that matters when the protection industry has YOU in their sites.

This must STOP what will it take?

I am so disgusted shame shame shame on these vermin who need to be run out of town and let the good citizens take care of them it's their TAX DOLLARS funding this - how bad does this get?

This is so scarey and I am amazed and also so happy Mrs. Cook got away.

Thank you to the I Team once again. You are heroes to all of us who suffer this horrible injustice.

I wonder if anyone was ever held accountable at the Santa Clara Public Guardian's office for taking out the fraudulent reverse mortgage on Lillie Scalia. I bet not. These crooks just keep getting away with it over and over. Thank you for your vigilance I Team and NASGA.

Kudos to the ABC I Team! This story is very sad...and what makes it even sadder is the fact that this is happening all over the country. The Cook County , IL Probate Court has many wards of the court with similar stories. People are declared incompetent by certain court-favored doctors; the ward are then placed into public aid nursing homes, and the estates are depleted with guardian fees and legal fees. We welcome ABC news to Cook County, IL. We need to shed the bright lights on what is happening there....

Keep on this subject. All the best to the target Reta Cook. Now the issue is to hold Santa Clara County accountable they must return every cent of Ms. Cook's funds.

How many Reta Cook's are there?

They wanted to guardianize her because she spent her own money?

What people don't understand is had they done that, they would have eaten up her entire estate.

And then who would guardianize them?

I certainly hope she and her daughter did not run away to Lakewood Colorado, a western suburb of Denver, nestled up against the majestic Rocky Mountains, where the police don't listen well to seniors, and instead make false reports to force guardianship, and when the guardian gives the word, "break-in," PEACEFUL COMPETENT SENIOR CITIZENS ARE HAULED OUT of their peaceful, paid for, neat and clean homes IN HANDCUFFS, and incarcerated, for their "protection."
That is what happens when seniors do not run away. The I-Team at Denver Channel 7.1, an affiliate of ABC, did a two night news spot on this back on May 8 & 9, 2007. And so it is good, 6 1/2 years later, seniors are learning that merely peacefully staying at home, has become, in the United States, a dangerous thing to do.