10 Reasons People Get Railroaded into Guardianship


1. A Misconception of Guardianship 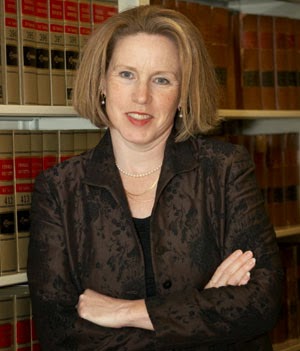 The first factor that contributes to unnecessary guardianships is a misconception of guardianship itself. The word “guardian” creates a warm and fuzzy image. Guardianship is, however, a severe loss of liberty.
2. Trolling for Clients
Some professional guardians petition the court to have themselves appointed guardian of persons with whom they have no prior relationship. If appointed, the professional guardian becomes entitled to an income stream, i.e. , fees from the person’s assets. This practice has been termed “trolling for clients.”
3. Ageism
Ageism is “prejudice or discrimination on the basis of age.” In the context of guardianship, ageism can influence whether a guardianship is imposed.
4. Court Visitors Recommend the Lawyers
Court visitors also contribute to the imposition of unnecessary guardianships because in many states, the visitor recommends whether the proposed ward should be given a lawyer. The proposed ward does not have an automatic right to counsel. This situation creates a conflict of interest.


5. The Visitor’s Fee Creates Another Conflict of Interest
If the guardian ad litem recommends counsel for the proposed ward, or if the guardian ad litem recommends against the guardianship, the petitioner may object to the guardian ad litem’s fee. The “smart” guardian ad litem, who wants to get paid, is thus under pressure to go along with the petition, not “make waves.” The guardian ad litem is, regardless, more likely to be paid if the guardianship is imposed. This is because with the appointment of a guardian, there is an official person (the guardian) who will be ordered to pay the guardian ad litem’s fee from the ward’s assets.
6. Vague, “Politically Correct” Statutes
In many states, persons subject to guardianship were formerly deemed “incompetent.” To eliminate the stigma, many states passed statutes employing the word “incapacitated” instead. This terminology is also contained in the Uniform Guardianship and Protective Proceedings Act (1998). This change in terminology has caused an implicit lowering of the burden of proof. A judge or jury might think twice about deeming someone “incompetent” to handle his affairs. But deeming someone “incapacitated” or as having “incapacities” is not that big a deal.
7. Sudden Change and Potential Heirs
Another factor that contributes to unnecessary guardianships is sudden change, especially change that threatens potential heirs. More common examples include changing one’s will, selling family property, seeing a younger woman and/or marrying her. Any such action by an older person can result in a petition for guardianship.
8. Court Visitors Are Not Always Neutral
As custody attorneys know, guardians ad litem and evaluators are not always neutral; they instead follow their own value systems or other private criteria. With this situation, custody attorneys often advocate for the appointment of a guardian ad litem/parenting evaluator whose views are compatible with their cases. They may also move for the appointment of a guardian ad litem or parenting evaluator with whom they have an established relationship. The person appointed can be prealigned to one side.
9. Court Visitors Effectively Lower the Burden of Proof
Case law provides that the constitutionally required burden of proof for a guardianship is “clear and convincing evidence.” In many cases, this burden is easily met. The proposed ward is demented. There is no alternative to guardianship such as a power of attorney because the proposed ward is incompetent to execute such a document. In other cases, however, the burden would not be easily met i.e., if the petitioner would actually be required to show clear and convincing evidence. The petitioner, however, is often not required to meet this burden because as a practical matter, he only needs to convince the court visitor.
10. Incentives to Sell Out the Client (No “Dream Team” for the AIP)
Like the guardian ad litem, the “smart” lawyer who wants to be paid will not do anything that causes the petitioner to be unhappy, such as vigorously fighting the petition. The “smart” lawyer will also avoid disagreeing with the court, as the court has direct authority to appoint him, approve fees and order payment. The bottom line, there is pressure on the lawyer to sell out his client. For this reason also, a person may be placed under guardianship when it is not appropriate.


CONCLUSION
The law provides that guardianship not be imposed unless there is clear and convincing proof. In practice, this proof is often not required due to the factors identified above: vague, politically correct statutes; the role of court visitors; and in many states, the lack of mandatory counsel for the proposed ward. More broadly, there are numerous conflicts of interest that allow competent individuals to find themselves forced into guardianship. The next time, it could be you.

I appreciate this article very much.

Great article and really right on!

Straight from a lawyer's mouth. Now what are the experts going to say to justify their actions?

If she can see this, why can't lawyers in general see it?

Thank you for posting. I'm going to print a copy of this and when people tell me guardianship abuse doesn't happen, I'll show them Margaret Dore's great article!

It's encouraging to see a lawyer step forward! Thank you, Ms. Dore.

Margaret Dore is courageous; she is giving a voice to those who have been silenced. Much credit to Attorney Dore for speaking out publicly - that does matter.

I know other good lawyers are out there but the issue is find them.

Those who complain about guardianship are labeled as: Ungrateful, angry, greedy heirs.

That label doesn't work any longer, those who abuse the system will need to find another rock to hide under, hiding in their own muck.

Trolling for clients, that's the one that gets me most.

Trolling for vulnerable clients that can't fight back!