Don Brannan has spent months in a nursing home for the mentally disabled. He was sent there by Adult Protective Services (APS). 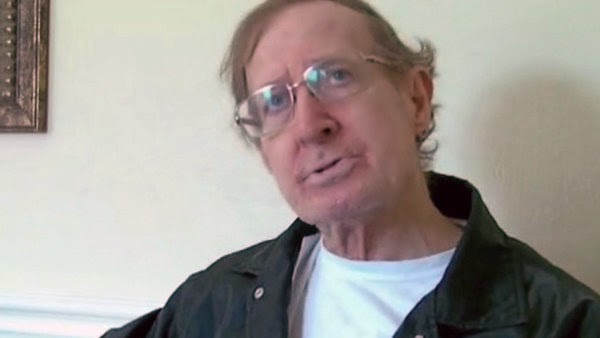 Critics say the state agency is exploiting seniors and seizing their assets.

Brannan was injured last year and was admitted to a Fort Worth hospital. Doctors called Adult Protective Services and Brannan, who has no immediate family, was sent to a state-funded home.

In a video, given to News 8 by advocates at the Open Records project, you can hear people screaming in the background at the home.

Russell Fisher is an advocate for the elderly and is with the Open Records project.

"What is most disturbing about where he is right now, is there are some severely mentally-disturbed people there," Fisher said.

In the meantime, APS asked a probate judge to sell Brannan's house, as well as seize his money and all his assets.

"Literally, they set me up with a guardian who's making all my financial decisions, and I don't know what they have done with my money," Brannan said.

On Wednesday at a hearing, state legislators in Austin heard testimony from people all across the state whose loved ones have been put into homes by APS.

Virginia Prichard said her best friend was institutionalized after a gall bladder surgery, and everything was taken from her.

"In my opinion, no state agency should have the right to get someone out of their home and take their bank accounts, their home, and every single thing they've got," she said.

APS wouldn't comment on Brannan's case citing medical privacy laws, but said their mission is to help the elderly who can't help themselves.

APS action is the springboard for those who take ultimate advantage; what's in it for them?

True fact: Confidentiality rights belong to the PATIENT, not to the agency.

This gentleman can sign a waiver, and POOF -- VOILA -- APS can answer each and every question about their misconduct.

Why? Their offices get funded via the wards assets so the hunt for hosts for the parasites is hot and heavy and permanent. I know the impact of attempted take over by reps of adult protective services on a patient in a hospital who had an injury caused by the elderly person known as an accident. The bruise yes one bruise fit the description of the event by the hospital patient that caused the bruise that was not going to lead to any permanent problems. Every day throughout the patients stay a parade of suits described to me by the patient came into this patients room when family wasn't present for a new statement a new story from the patient that they wanted for their records so they could claim this patient needed their protection from her abusers. This elderly lady sobbed to me that she is being treated as an idiot and a liar. I knew the actions are considered elder abuse but how to protect this patient from her abusers?

100% self control was needed to keep from reacting. Why? because I knew this patient was a target for guardianship the power of the hospital to silence and take control of their patients to cover up their own actions and inactions while using guardianship working in concert with city, county and state agencies be forewarned.

As a member of NASGA I had prior knowledge that most people aren't aware of that the hospital could and in this case would file a petition for guardianship of person and estate of their patient claiming false allegations in their petition hoping for emergency hearing. APS and others were wrongly dug in on their version of events with this vulnerable patient that someone in the family had to have caused the bruise on the elderly lady which is not the truth it's their twisted version and they would not let up.

The elderly lady the patient was strong enough to stick to the facts of what happened as she experienced the event that fit the condition of her body beyond a reasonable doubt.

I agree with all the comments. Public Guardians in Illinois fund their offices from the wards estates while having exclusive access to OBRA special needs trust that guarantees more funding by funneling dead wards OBRA accounts to living wards depleted accounts.

Keep in mind the OBRA funds are not directed to the ward's expenses - no we can't have that! - the OBRA's are for one purpose: to fund administration fees that can equal a mountain of billing including the banks, the financial institutions where the OBRA monies are stashed off the record. All by design.

Governor Quinn signed that law that prevents OBRA from being used by anyone other than a Public Guardian.

We the taxpayers are funding this mega million dollar racket while the Ward is on MEDICAID - hey there, that's YOU, that's ME that's the chump taxpayers paying the freight - agree with this plan?

If not, I strongly suggest YOU get involved with activists, meet with your respective state representatives and senators with the information needed to begin reform. You are their constituent and a taxpayer.

This article says it all!

Good way to describe we the people as hosts.

APS in Texas is no different than APS in the other 49 folks this is a pattern of operation why? because it works.

Disgusting example of "land of the free home of the brave" we need to change it to land of the potential hosts to the blood sucking money sucking parasites good way to describe it without going into profanity which would guarantee rejection by the good people at NASGA thank you NASGA for news that matters.

Where are they then?

The good, the bad and the ugly that sums up life and APS.

HOWEVER information and knowledge is needed so the average ordinary citizen is aware of what could go wrong before the event presents itself that's only fair and reasonable the American Way.

Like anything else in life along with the good comes the bad and the ugly so it's best to have eyes wide open for any signs of hidden agenda, trickery and deceit.