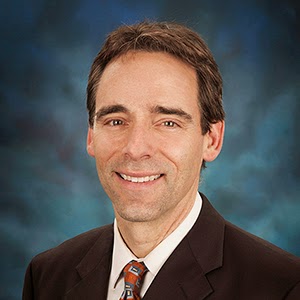 A bill sponsored by Illinois Senator Steve Stadelman to strengthen the protection of adults in need of a legal guardian was signed by Governor Pat Quinn this week.

Senate Bill 1051 amends the Illinois Probation Act of 1975 by emphasizing that judges consider the welfare of the dependent adult when appointing a guardian. The bill also requires the inclusion of contact information for physicians providing evaluations, reports or opinions on a person's mental or physical disability for the purpose of naming a legal guardian.

"The legislation now specifically states 'best interest and well-being' of the dependent adult shall be the court's main concern in selection of the guardian," said Stadelman, D-Rockford "The goal is to help prevent guardianship from being used in a convenience or retaliatory manner."

Stadelman worked with Sylvia Rudek, director of the National Association to Stop Guardian Abuse, to pass the legislation, which both houses of the Illinois General Assembly approved unanimously.

Rudek, who lives in Mount Prospect, Illinois, was subsequently named by Money Magazine to its "50 Heroes: 50 States" list for her efforts on SB 1051 and other reforms.

"SB 1051 provides clear language along with protections for the elderly and disabled adults of Illinois who are under guardianship," Rudek said. "Senator Stadelman is to be commended for reaching across the aisle and working with Rep. David Harris to gain bipartisan support. NASGA looks forward to working with Senator Stadelman in the future to further protect Illinois seniors and infirm adults."

"As the House sponsor of Senate Bill 1051, I was delighted to see that the Governor signed the bill into law. I was glad to work with state Senator Stadelman to get this legislation enacted, and I compliment him on his advocacy on the issue.

It is important to keep promoting bills that protect against guardianship abuse.  I expect to introduce several pieces of legislation on the issue of guardianship abuse when the General Assembly begins its new session in January of next year."

NASGA very much appreciates both Senator Stadelman and Representative Harris for their individual commitments to guardianship abuse reform and for working together on SB 1051 which will provide better protection of the elderly and disabled citizens of Illinois.  Sylvia Rudek looks forward to working with both of them again in the next session!
Posted by NASGA

Congratulations to NASGA and Sylvia Rudek!

It should tell you how bad things are out there in the real world when you need a law to state that guardianship cannot be imposed for the convenience of others (such as, in our area, hospital and APS patient-dumping).

Now we just need a law to say that judges, lawyers, and public officials must obey the law ....

I can't tell you what a difference it makes to start the day with such positive news.

Very impressive and promising! My sincere thanks to everyone involved.

It was an honor and a privilege working with Rockford IL Senator Stadelman.

The Senator and his staff dedicated significant time and efforts reviewing and drafting legislation to begin reform, to better protect our aging, vulnerable citizens of Illinois.

I very much look forward to continue "to keep promoting bills that protect against guardianship abuse" in the new legislative sessions with Senator Stadelman and my District Representative David Harris.

Congratulations and thank you for your hard work, Sylvia... and big kudos to Senator Stadelman and Representative Harris.... I think there's a big story in their crusade.

Thank you Sylvia not only for this success but also for your continued effort over the years to encourage others to do more to protect us when we are most vulnerable to being taken advantage of.

Illinois is one of the hot areas for guardianship abuse and I am happy to see the legislators taking an active interest in turning the tide on this terrible problem which is destroying family after family and who knows how much it's costing the taxpayers too.

I wish I could post this note with green font as I'm so green with envy that Illinois has these two great gentlemen working together to really protect the elderly and not just talk about it.

I hope all government leaders from Mayors to Senators take this matter seriously. Elder abuse in many forms is happening and needs to be prosecuted and laws made stronger in all 50 states. This cannot be ignored. It is the lowest form of dishonor and disrespect that we need to protect our parents from and soon for ourselves, the baby boom generation. Thank you for making all Americans aware of this plague. Do all you can to make everyone aware of this "silent" form of abuse all over our country. We should all be ashamed that people are allowed to treat our elders this way.

Bless you Senator and Representative!

Well this goes to show you that there are good people in high places who are dedicated to their jobs. Thank you for your hard work and getting along for one common goal to begin the work to change business as usual.

To those who are benefiting: I hope you're paying attention the debate has begun the secrets are in the daylight. I believe in family first but the court would rather appoint their pals to the 'job'. Ask yourself why? You know the answer. This must STOP.

I hope all states take notice of the progress in Illinois and the promise for more! This is wonderful news and I thank everyone in involved.

Great job NASGA! I'm so happy I found this organization and I'm proud to be a member. Good things are happening and they give us all hope.

Thank you Syliva, Now I just hope it works.

My heartfelt thanks to Sen. Stadelman, Rep. Harris, and Sylvia Rudek for their relentless work on this issue.

My mother is a victim of guardianship abuse through the Cook County Probate Court. I was to have been appointed her guardian; however, an unethical owner of a guardianship company deceived my mother in an effort for her to choose that person over me to be her guardian.

The judge was aware that the deceit had occurred, and allowed the case to go on for 6 months longer than the law allows, which is supposed to be 60 days.

The judge awared 1/ 4 of my mother's estate to be paid to the group of people (attorneys, GAL, and person who attempted to gain guardianship) when they petitioned the court for their fees.

As my funds were also being depleted, I had no choice but to step down as temporary guardian. I did this in an effort to end the temporary guardianship, as I could no longer afford to pay for my mother's care.

A third party guardian was appointed, and despite having giving me their word that they would keep my mother in her beautiful private pay facility, they put my mom's remaining funds in an OBRA account, and moved my mother to a public aid facility.

They then petitioned the court over the next year, together with the remaining funds in the estate, for over 100,000.00 in fees.

All of this was approved by the judge.

As a result of the unethical handling of my mom's guardianhip case by the Cook County Probate Court, she was moved from a beautiful private pay assisted living facility, which had wonderful activities and outings for her dementia, into a Medicaid facility in which she has no appropriate activities, and no outings in the community.

Had her guardianship case been handled in an ethical manner, there would have been nominal fees, and my mother's funds would have been enough to allow her 10 years in a beautiful facility which could have given her a wonderful quality of life.

Something must be done to stop this... my mother is not alone in having been moved to a poor facility while the court players deplete the estate with fees.

THANK YOU from the bottom of my heart for all you are doing.

I must remain anonymous to prevent total isolation and retaliation to my mom.