Glen Campbell was officially diagnosed in 2011 with Alzheimer’s. He has been residing in an assisted living (Memory Care) facility for several years almost immediately after coming off the road from his final tour. That is the same tour that was filmed for the documentary that is now winning him all these bittersweet awards.

As many know, the Campbell family has been torn apart disagreeing about what is best for the country crooner during the declining years of his life and health. His daughter Debby would love to have him home with her. She had been on the road with him for 25 years touring and singing with him and she misses him greatly. Unfortunately, that disagreement was resolved in mediation wherein his oldest daughter Debby and oldest son, Travis were granted limited visitation to their Dad. 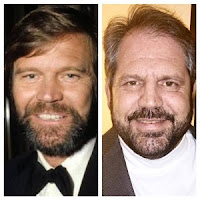 While agreeing to that visitation
schedule at the time, Travis Campbell tells The Daily Banner:

“It seemed like the only way to get to see their Dad immediately and for his birthday which was the next day.” Travis Campbell reiterates that they were “Afraid that if the case dragged on, they might not have been able to see him again before he passed.”

Currently, their visitation is very limited and is just not enough precious time with their Dad.

Because of that, they are moving forward working in support of the Catherine Falk Organization in presenting the Tennessee Campbell Falk Bill to Legislation. They have also been assisted by NASGA (National Association to Stop Guardian Abuse) andBoomers against Elder Abuse. They would not only like unlimited access to their Dad but they would like to help insure that all parents and children have equal rights and equal visitation to one another.

Far too often a conservator gets to pick and chose who visits and when. This bill insures that everyone gets equal time and rights unless proven in court that someone shouldn’t have that right. That is all this BILL states and all the bill is trying to do is protect all parties involved in these very sad situations.

I love Glen Campbell and am abhorred that he would be denied his oldest children. The guardian should be removed for this inhumane treatment.