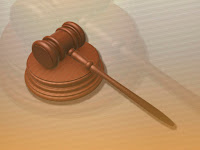 LIBERTY, MO (KCTV) - A Liberty attorney has been indicted for allegedly stealing money that was meant to be used for victim restitution.

Robert J. Young II, a 47-year-old attorney from Liberty, was charged on Wednesday in an indictment that was unsealed to the public on Thursday.

According to the indictment, Young was representing Rodney J. Tatum, a man who had been convicted of mail fraud after embezzling money from his employer. Young then allegedly obstructed justice by embezzling money that Tatum’s family had given him for paying restitution in the criminal case.

Young’s scheme was to spend those restitution funds on a motorcycle for himself, make various cash withdrawals, make rent payments, and make retail purchases.

At Tatum’s sentencing on Jan. 21, Young wasn’t able to provide restitution of $62,412. However, that amount was later paid.

The sentencing hearing ended on March 3, where Tatum was ordered to pay a total of $442,810 in restitution and was sentenced to 15 months in federal prison.

Young used an Interest on Lawyers Trust account to accept four deposits from Tatum’s wife that were meant for paying restitution. Tatum’s wife also made a deposit into Young’s business account the same reason. The total amount of the checks was $42,412.

Young then allegedly told Tatum’s wife to cut a check and make it payable to him, since the FBI was seeking charges against Tatum for money laundering and the Tatums’ joint checking account would be frozen. Young said that he would be able to protect their money in his business account, so Tatum’s wife gave him a check for $20,000.

The indictment alleges that Young made numerous transfers of restitution funds from the trust account into his business account over the course of the scheme.

Tammy Dickinson, cautioned that the charge in the indictment was an accusation and not evidence of guilt. Evidence in the case against Young will be presented to a federal trial jury later.

It amazes me just how bold attorneys are when they decide to steal.

Lawyers can be bigger thieves than thieves.

I guess they think they won't get caught? I don't understand.