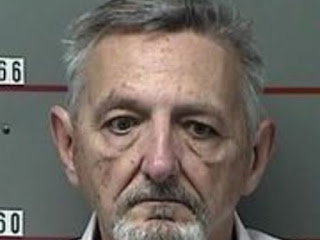 NASHVILLE, TN — Former Davidson County General Sessions Judge Casey Moreland is in line to receive a $4,588 monthly pension, plus insurance benefits, despite being under federal indictment, The Tennessean reports.

Even though he faces trial on three counts of obstruction of justice and witness tampering related to allegations he paid a woman $6,000 in an effort to get her to recant public allegations against him, Moreland could still receive taxpayer-funded benefits. Moreland resigned as one of the county's 11 General Sessions judges as part of a pre-trial release agreement.

Moreland — who can also receive medical insurance coverage and a $10,000 life insurance policy in addition to the pension — would, under state law, forfeit his retirement benefits upon conviction of "a felony arising out of that person's employment or official capacity, constituting malfeasance in office." Metro Law Director Jon Cooper told The Tennessean that Metro's employment benefits board could revoke those benefits even without a conviction.

Does he have to pay it all back if he gets convicted? Or are the taxpayers just out?

The physical changes in former Judge Moreland are significant and in my opinion revealing. One judge got caught with more revelations coming. Thanks to the news organizations for making this dirt public that puts pressure on those who do not want to get involved, do nothing, business as usual until now.

I have to wonder how the 'suicide' scene was processed hmmmm?