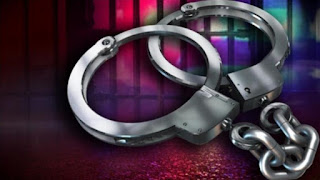 KANAWHA COUNTY, W.Va. (WSAZ) -- A woman is being charged after police say she neglected and exploited her elderly mother.

Amanda Reavis, 36, is charged with abuse or neglect of an incapacitated adult and financial exploitation of an elderly person.

According to a criminal complaint, Reavis' mother was admitted to the hospital in August 2016 with a low body mass index and cognitive abilities in decline.

Dunbar Police say Reavis has had power of attorney of her mother since January of 2015 to oversee her mother's health, well-being and her financial affairs.

Police say from September 2015 to September 2016, Reavis was also receiving monthly social security deposits for her mother, each totaling $1,724.

According to the criminal complaint, Reavis left her mother in less than desirable conditions which included bed sores, soiled clothing and being placed in a bedroom with little to no interaction.

Reavis was turned into Adult Protection Services for neglect.

I hate seeing these stories of families stealing from each other.