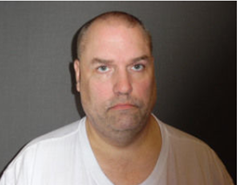 DATE/TIME: 11/20/15 @ 1100 hours LOCATION: Derby, VT VIOLATION: Financial Exploitation of a Vulnerable Adult, Grand Larceny, Abuse Neglect of a Vulnerable Adult, False Information to a Law Enforcement Officer ACCUSED: Dennis Crawford AGE:46 CITY, STATE OF RESIDENCE: Orleans, VT VICTIM: Theodore Ackley AGE:86 CITY, STATE OF RESIDENCE: Derby, VT SUMMARY OF INCIDENT: In August 2015 the Vermont State Police became involved with a case involving a vulnerable adult and a family member who was taking advantage of him. On 11/20/15 after several months of investigation a search warrant was executed at the residence of Crawford with the help of Border Patrol K-9 Unit, VSP Computer Crimes and local BCI personnel to look for further evidence of the above crime. Crawford was arrested for the above violations and taken before the Judge. Crawford was released on conditions.

The United States Attorney for the District of Vermont announced that Dennis Crawford, 48, who now lives in St. Johnsbury and formerly lived in Newport and Orleans, was sentenced today in United States District Court in Rutland to 18 months of imprisonment following his guilty plea to a charge of wire fraud. U.S. District Judge Geoffrey Crawford also ordered that Crawford serve three years of supervised release following completion of his prison term and pay restitution of more than $77,000. The court ordered Crawford to surrender to the Bureau of Prisons on Aug. 1 to begin serving his sentence.

This guy is in big trouble!