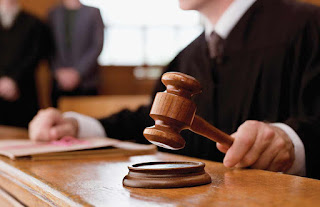 (CHICAGO) — A Chicago businessman has been arraigned on federal fraud charges for his alleged role in a scheme to bilk elderly homeowners out of millions of dollars.

Federal prosecutors say Mark Steven Diamond, a mortgage loan originator with offices in Chicago and Calumet City, engaged in a home repair and loan fraud scheme that targeted elderly homeowners and lenders. According to the indictment, Diamond fraudulently caused lenders to make reverse-mortgage loans to homeowners who either did not sign up for the loans or did so unwittingly after Diamond intentionally misrepresented the terms. They say Diamond fraudulently pocketed the loan checks by causing title company representatives, including a co-schemer, to provide the checks to Diamond rather than the homeowners. The indictment seeks forfeiture of $7 million from Diamond.

Diamond, 60, pleaded not guilty at his arraignment this week to seven counts of wire fraud.

According to the indictment, Diamond targeted his victims, who ranged in age from 62 to 97, based on the equity in their homes and their relative lack of financial sophistication. If a victim’s relative questioned Diamond on the need for a reverse mortgage, prosecutors say Diamond would schedule a time to visit the victim’s home when he knew the relative would not be there.

Also charged in the indictment is Cynthia Wallace, 47, of Chicago. Prosecutors say Wallace solicited homeowners to have home repairs performed by Diamond, knowing that Diamond would not actually perform the work. They say Wallace also posed as a representative of the U.S. Department of Housing and Urban Development to fraudulently obtain money from victims.

Wallace has pleaded not guilty to nine counts of wire fraud and two counts of falsely pretending to be an employee of the United States.

I have heard reverse mortgages have thousands of dollars in feed hidden in the contract.

Me too. STAY AWAY

Reverse mortgage advertising should be barred from TV because elderly are so susceptible.