In a letter sent this week to the San Antonio Express-News, Probate Court No. 1 Judge Kelly Cross disputed a claim made by Bexar County Clerk Gerry Rickhoff about events that preceded a horrific double-homicide.

Rickhoff was “totally wrong,” Cross wrote, when he stated that a mental health warrant to detain Casey Farrell Marshall was denied because of a lack of bed space. Cross, who has not responded to multiple requests for an interview, implied in the letter that the warrant was denied for failing to meet “applicable criteria.” 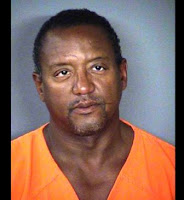 According to police, Marshall killed his girlfriend, Andrea Gonzalez, and her 11-year-old daughter, Azriah, with a hatchet on the city’s Northwest Side on March 17 — two days after the warrant to detain him was denied.

I reported Rickhoff’s statement in my column this week, along with former associate probate-court judge Oscar Kazen’s reaction to it. Kazen, who is running to oust Cross in November, called the failure to detain Marshall before the killings “a breakdown of process.”

Rickhoff has declined to release the file on Marshall due to civil rights and privacy laws. After consulting with his staff and his attorney, however, the county clerk on Wednesday stood by his initial statement.

“I went and reread that file,” Rickhoff said. “And yeah, I’m going to stand by what I said. … I’m a truth teller. I don’t care if it hurts me. I’m going to tell the truth.”

He added, “I did meet with my staff on this issue and consulted with them. They indicated the truthfulness of my remarks.

Mental illness is hard at best to second guess. If the judge had known he was going to do this horrific crime, I am sure she would have had him detained in any way she could. And now, that he has done this, the focus turns on what people could/should have done instead of the overall issue of the epidemic of mental illness that we are not dealing with in our country.