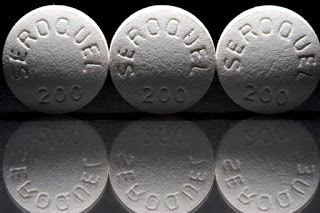 The first warning came a dozen years ago, when the Food and Drug Administration accused the drug company AstraZeneca of “false or misleading” information about health risks in the marketing material for its blockbuster medication Seroquel, an antipsychotic developed to treat schizophrenia but increasingly prescribed “off label” for insomnia.

What followed was an onslaught of litigation by state attorneys general, who charged AstraZeneca with fraudulently promoting Seroquel for unapproved uses, and by individual patients, who claimed that it had failed to alert consumers about some of the drug’s most pernicious side effects. Although the company never admitted wrongdoing, by the end of 2011 it had paid out more than $1 billion to settle many of the cases.

Another product might have been derailed, but not Seroquel. Despite generic competition and lingering lawsuits, AstraZeneca’s annual reports show Seroquel remained a blockbuster, with $3.6 billion in sales from 2014 to 2016. In the drug’s titanic success and its strong link to off-label prescribing lies a cautionary tale — about the sometimes conflicting forces within health care, the relationship between medications and marketing, and the limits of regulatory protections.

Full Article and Source:
One of America’s most popular drugs — first aimed at schizophrenia — reveals the issues of ‘off-label’ use
Posted by NASGA

All about money. Well, we knew that!