Court affirms conviction of man who stole from dad 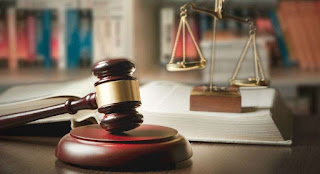 CONCORD, N.H. (AP) — The state Supreme Court has upheld the conviction of a Center Harbor man serving 10 to 30 years in prison for stealing nearly $410,000 from his elderly father.

Prosecutors say Keith Fitzgerald stole about twice that total before his 79-year-old father died in 2010, but the charges were based on the amount directly tied to New Hampshire. He was convicted of five counts of theft in 2017, but on appeal argued that he should have faced only one charge because each indictment involved the same victim and bank accounts.

The court denied his appeal Friday.

The thieving son must have been left out of the will according to this article. It's not clear, but once Dad died, if he son was to inherit any, that money would probably be taken off the amount he stole. So sad for what he did.