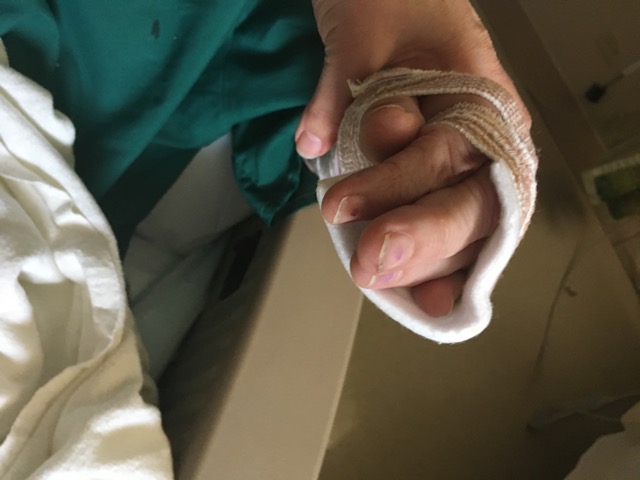 ARVADA, Colo. — A former caregiver at an assisted living community in Arvada is accused of assaulting an Alzheimer’s patient, Contact7 Investigates has learned.

Arvada police have issued a warrant for the arrest of Gwendolyn Kentris on allegations she assaulted a resident in the Ralston Creek Neighborhood in March.

According to a police report, Kentris denied the abuse but admitted to forcefully restraining 74-year-old Karlene O’Brien because she was “one of the worst patients… who was usually fighting and biting.” Kentris also told police she has no license and received very little training, noting she returned to her previous job making cardboard boxes after the incident.

O’Brien suffered broken bones and several facial injuries along with abrasions on her knee and elbow, according to a police report.

Several Ralston Creek employees reportedly told police they either witnessed or overheard Kentris yelling and cursing at the dementia patient. One employee said she saw Kentris shove the victim and pry her hand off another caregiver’s hand.

One employee told police she heard O’Brien saying “Help me,” and another reported hearing O’Brien say “She’s going to kill me.”

Contact7 Investigates obtained a voicemail placed to the family of the victim the night of the incident in which a Ralston Creek staff member claimed O’Brien had injured herself with a coat hanger.

“She did have an incident not too long ago. We were trying to calm her down because she was hitting one of our workers,” the employee said in the recording. “She ended up scratching up her face with a coat hanger.”

Robert O’Brien, Karlene’s husband, told Contact7 Investigates she had been living at Ralston Creek for less than three weeks when she was attacked. When he visited her in the hospital he was immediately skeptical she could have caused the injuries on her own, as staff had initially told him.

"She was as badly beaten as anybody I've ever seen,” Robert said. “I thought she had been scratched on the face, punched in the mouth... had a black eye... so punched in the eye. She had broken bones in both hands.”

O’Brien said Karlene was diagnosed with dementia ten years ago. He had been his wife’s primary caregiver in their home for years. Two years ago, as her symptoms progressed, their family decided to look for outside help. They said they researched about 20 facilities before settling on Ralston Creek.

After the incident, Robert O'Brien said administrators told him the “memory care” facility was unequipped to care for her and she could not return.

“I would never recommend anybody send their loved one there,” Robert said.

O’Brien’s family filed a lawsuit in April against Kentris and Ralston Creek.

A Colorado Bureau of Investigation arrest history linked to the same name and date of birth as the Kentris facing arrest in the Arvada case show numerous arrests including felony convictions for drugs in 2011, another 2011 conviction for identity theft, and a 2013 drug felony.

A spokesperson for Ralston Creek’s parent company, the Haverland Carter Lifestyle Group based in Albuquerque, N.M., told Contact7 an investigation is currently underway to determine how Kentris passed a background check to work for the facility.

In a response to the lawsuit filed in Jefferson County district court, attorneys representing Ralston Creek said the facility initiated an investigation as soon as it was made aware of abuse allegations.

I'm so sorry. This is terrible.