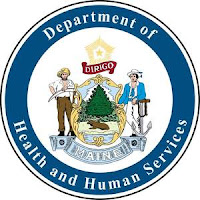 Belfast — Maine Department of Health and Human Services is proposing an amendment to the Section 21 waiver program that aids people with intellectual and developmental disabilities or autism spectrum disorders.

The federally funded Home and Community-Based Services waiver program gives people with IDD the option of receiving long-term care services and supports in their home or community, rather than in an institutional setting.

With the proposed changes, only biological family members would be allowed as "legal guardians," and be paid for their services. The measure must be approved by the Centers for Medicare and Medicaid Services.

The Maine DHHS website says the reason for the amendment is to make the application consistent with MaineCare policy 21.06-8, which reads the same as the department's amendment.

One local service provider who spoke with The Journal said DHHS is "trying to prevent people from exploiting people who have disabilities by guardians adopting them to enable themselves to continue to be paid to care for the person."

Debbie Ogle is the legal guardian of David, a 62-year-old man with IDD. We are not using his last name to protect his privacy. Ogle feels the amendment will have the opposite effect of the one intended, because it will push people with guardians who are not biological family members into institutions. This, she said, would also ultimately cost taxpayers much more.

Ogle has battled DHHS in the past and come out on top. She said that after having David living in her house for a year, DHHS told her it wanted to pull him out, saying she was not biologically connected.

After three years of appeals, in a desperate effort, she camped out at the Statehouse, where she was surprised with an invitation to meet with Gov. Paul LePage.

"Miraculously, David had shared living in about three weeks," she said. David's mental retardation diagnosis was accepted by the state and he received a shared living situation on Verona Island.

Ogle feels she is being singled out for her persistent efforts to get services and because she has spoken up. After fighting the policy for years, she said, DHHS still has not answered her questions.

DHHS discriminates in its policy, she said, by allowing some to be paid as Section 21 Shared Living providers and others not. It also discriminates against those in the class who have a guardian who is not a blood relative, who are denied Medicaid Home and Community Based Services waiver benefits and services.

"DHHS workers will pick and choose which non-biological guardians they will allow to be Shared Living Providers," she said. "They allow some adoptive parents, and some foster parents. It depends on what the DHHS caseworker subjectively decides."

According to Ogle, DHHS receives two thirds of the cost of caring for people with IDD from the federal government. In exchange for federal assistance, Maine must abide by federal laws, which, she said, it is not doing.

Jackie Farwell, communications director at DHHS, said, "The department proposed a waiver amendment at the request of the U.S. Centers for Medicare and Medicaid Services, to make the waiver consistent with the MaineCare (Medicaid) rule regarding payments to legal guardians for providing Shared Living Services.

"Our policy is intended to support families in caring for their relatives while protecting individuals from situations in which an unrelated guardian is a paid provider who has authority to keep that individual in the person’s home. This policy is additionally in line with the Maine Probate Code, which prohibits unrelated guardians from being paid providers of services."