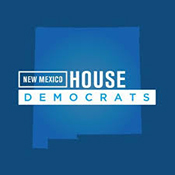 The memorial seeks to address the growing incidence of elder abuse and abuse of adults with disabilities. It directs the non-profit Senior Citizens Law Office to convene a task force to study abuse, especially financial, and recommend civil and criminal penalties to be enacted.

“Elder abuse – financial and physical – is a problem hiding in plain sight. We need to get laws on the books and really start addressing this in New Mexico,” Rep. Armstrong said. “Clear definitions and penalties for abuse will give our law enforcement and service agencies the tools they need to intervene in these cases.”

Abuse against senior citizens and adults with disabilities is often carried out by family members, friends, professionals, and others that have gained their trust.

Currently, there is not an adequate legal framework to effectively prosecute many cases of financial abuse which can include abuse of the powers of attorney, joint ownership of financial assets, bank fraud, scams, and property theft. Incidents of financial abuse can be so severe that victims are left completely destitute and lose access to housing, medical care, and other basic needs.

As both the number of people over 65 grows in New Mexico and the frequency of elder abuse increases, the need to address elder abuse becomes more pressing.

The rate of elder abuse is believed to be widely under-reported due to fear and stigma. Still, a full 10 percent of Americans over the age of 65 have reported experiencing a form of elder abuse, 12 percent of whom report financial abuse, and the reports are becoming more frequent.