A $22 million civil RICO case from Cleveland, Ohio has survived another procedural hurdle and appears headed to trial in Cuyahoga county court.

RICO stands for Racketeer Influenced and Corrupt Organization. It was passed by congress and signed into law by President Nixon 50 years ago, in 1970. Originally designed to combat organized crime, the laws’ application has expanded to include any group profiting from an illegal activity. 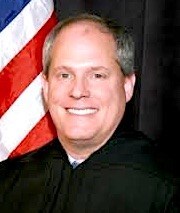 The racketeering suit was filed in January of 2019 by the Cleveland legal firm of Charles Longo and Associates on behalf of Dr. Medhi Saghafi and his family. The case is rooted in a guardianship ordered by the Lorain county probate court and has survived more than a year of procedural challenges.

A guardianship is a legal tool used by state courts to protect the health and assets of an incapacitated person. In the Ohio case, the wife of Dr. Saghafi was placed in a guardianship because she was suffering from dementia and Alzheimer’s disease.

The 54-page suit claims that the attorneys and the other defendants defrauded the court into ordering an illegal guardianship. Then, using the guardianship that was intended to protect Mrs. Saghafi, the defendants instead turned it into an enterprise that they used to enrich themselves.

The suit asks for $22 million in damages which makes the case one of largest probate and estate-fraud cases in recent U.S. history.

While the Saghafi case is unusual in Ohio, there have been similar estate fraud cases in other states.

The Ohio case has parallels to a guardianship case based in Florida’s probate courts. In 2017 Julian Bivins won a $16.7 million award in Florida federal court against five Florida attorneys who targeted the assets of his father, Oliver Bivins a Texas resident, while Oliver was held in a guardianship.

Writing for the Palm Beach Post, John Pacenti explained: “The younger Bivins said he felt his father was “held captive” in South Florida by the guardianship so the attorneys could liquidate real estate assets — including a New York City Upper East Side mansion — and charge more fees.”

The jury found that Florida attorneys Brian M. O’Connell and Ashley N. Crispin of the Ciklin, Lubitz & O’Connell firm not only breached their fiduciary duty but committed professional negligence.

In an even bigger, but slightly different case, a Texas jury delivered a $4 billion dollar punitive damage award against JPMorgan Chase for fraud in the estate of Max Hopper.

Hopper had about $19 million in assets in his estate, but had died without a will. JPMorgan Chase was hired by the heirs to administrate Hopper’s probate. They were responsible for collecting assets, paying debts and other legal and accounting tasks that are common in the accounting of an estate.

But after months of chaos, Hopper’s widow Jo and his two children (from a previous marriage) sued JPMorgan Chase for breach of fiduciary duty, breach of contract and fraud. They claimed that the lawyers and accountants who were in charge of the probate had not only failed in their core tasks, but had created strife and problems rather than delivering solutions.

The month-long trial in Dallas ended in September, 2017 when a jury found that JPMorgan Chase had committed fraud and breached its fiduciary duty to the heirs. In addition to the $4 billion in punitive damages, the jury awarded nearly $10 million dollars in actual damages and attorney fees to the Hopper family.

For more details on this story, follow this link: http://www.stopprobatefraud.com/blog/2017/12/08/jp-morgan-guilty-of-fraud/

FRAUD: THE HEARTBEAT OF A RACKET

Fraud is an illegal activity often described as “stealing with a smile.” The Association of Certified Fraud Examiners (ACFE) broadly refers to fraud as gain or profit from deceit. Based in Austin Texas, the ACFE has 80,000 members around the world and three chapters in Ohio: Cleveland, Columbus and Cincinnati.

One example of fraud is seen when investigative reporters catch mechanics doing unneeded repairs. Another common fraud is found in stories about health care workers who perform tests and procedures that are not needed or wanted by a patient.

In the Saghafi case, the RICO complaint details how a guardianship that was intended to serve and protect an 80 year old woman was turned into a business enterprise that illegally drained the family’s assets under the guise of “elder care.”

The case is set for an August, 2020 trial in the court of Cuyahoga county judge Sherrie Miday.