After his mother-in-law was infected with the coronavirus, a guitarist for Bruce Springsteen’s E Street Band became determined to make nursing homes accountable. 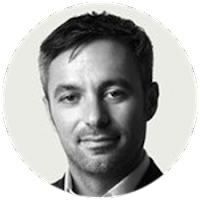 When the coronavirus outbreak was only manifesting itself in horrifying headlines from Italy and China, Nils Lofgren, the guitarist for Bruce Springsteen’s E Street Band, and his wife, Amy, moved her mother into Brookdale Senior Living, a well-regarded long term care facility in Florham Park, N.J.

Almost immediately, Patricia J. Landers, Mrs. Lofgren’s mother, began complaining about missing medications and lapses in supervision. The family began to notice a pattern of neglect, particularly in treating her dementia. Then, in early April, Mrs. Landers, 83, was discovered by local police officers walking aimlessly on a frigid night, three miles away from Brookdale, shivering, bruised and confused. It was her fourth escape from the facility since she arrived in January.

A week later, Mrs. Landers was admitted to a hospital in Montclair, where she tested positive for Covid-19.

Incensed and feeling betrayed, the Lofgrens began to explore legal options when they ran into a troubling trend: Lobbyists from nursing homes across the country were pushing for immunity protection from lawsuits during the coronavirus crisis.

“It’s a pledge they made, a sacred pledge, to take care of your father, your mother, your grandparents, and they put it in writing, by the way, and now they don’t want to have any responsibilities because, why, it’s too hard?” Mr. Lofgren said. The family accelerated their efforts and filed a lawsuit against Brookdale on Wednesday.
“We’re just horrified that people’s first reaction is, ‘Well we’re making a lot of money, but now let’s make sure we’re not liable for what we promised to do, in writing,’” Mr. Lofgren said. “Don’t forget, they look you in the eye and say your loved one will be cared for.”

In a statement, a spokeswoman for Brookdale declined to discuss Mrs. Landers’s case specifically.
“As a matter of company policy, Brookdale does not comment on or get ahead of ongoing legal proceedings,” said Heather Hunter, a public relations manager for the company. “I will say that we work hard to maintain an open and constructive dialogue with families about their loved one and the best way that we can work together to help each resident live their best life in their community.”
Brookdale in Florham Park has, as of Wednesday, only 10 reported cases of coronavirus at the facility, according to the New Jersey Department of Health. No one at the facility has died from the virus. After her original diagnosis, Ms. Landers is now recovering from Covid-19.

As nursing homes around the country have been ravaged by the coronavirus pandemic, killing more than 29,100 residents and staff members as of Wednesday, facilities have been scrambling to protect themselves from lawsuits.
In April, New Jersey’s governor, Philip D. Murphy, signed a law that “provides civil and criminal immunity to certain health care professionals and health care facilities during public health emergency and state of emergency.” The intent of the law was to protect health care workers coming out of retirement or shipping in from other states from lawsuits as they dealt with the unknowns of the virus. The governor’s office said that the law would indeed cover nursing homes for coronavirus cases, though not in instances of gross negligence or fraud.

Even in the face of the New Jersey law, Mr. Lofgren and his family were determined to take action, knowing that his status in New Jersey as a guitarist for the state’s pre-eminent hero would call attention to the issue.

“We think that this is going to be just the tip of the iceberg, and the care provided to the senior citizens and parents and grandparents over the past weeks has been nothing short, in the majority of cases, of grossly negligent,” said Andrew Miltenberg, the lawyer for the Lofgrens. “And the industry as a whole, its response has been to push for immunity.”
The lawsuit describes the ordeal as “every child’s worst nightmare” and follows a familiar path of confusing information and radio silence as nursing homes were quickly overrun by the virus. The family accuses the facility of negligence, fraud, deceptive trade practices and a violation of a New Jersey state law that protects the rights of nursing home residents.
Though New Jersey recently signed the law protecting health care facilities, Mr. Miltenberg is confident they still have a case.

For Mr. Lofgren, the battle extends beyond his family.
“This is not to take the light off what has been a very demoralizing, tragic story for my mother-in-law that’s still being written,” Mr. Lofgren said. “Shining a light on this problem is important.”
Mr. Lofgren, who is also a member of Neil Young’s band Crazy Horse, said he knew he was fortunate to even be in a position to have a lawyer who can help them bring a case in New Jersey, especially when the law surrounding the coronavirus outbreak is challenging and confusing.

“It’s a nightmare because 99 percent of most people can’t even afford a lawyer,” he said. “And they just take it, and their families are decimated by it.”

After she left the hospital, Ms. Landers moved to a different facility, Care One, in Livingston, N.J. But the family remains shaken.

“It’s unconscionable and immoral and disgusting,” Mr. Logren said. “It’s like their true colors are coming out, and I hope we can hold them accountable.”