Protected or Prisoner Part 2: How our grandparents and their livelihoods are being stolen by the court system 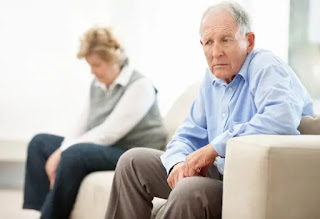 Financial exploitation is at the heart of several cases related to guardianship and conservatorship here in Alabama. Several weeks ago in the first of this series, Alabama Today released exclusive audio recordings of Joann Bashinsky (Also known as Mrs. B or Mama B), the window of Goldenflakes company founder. These recordings revealed her court-ordered conservator Greg Hawley allowing Amy Adams of Balch & Bingham to use what Mrs. B described as “scare tactics” to pressure her to fire her current legal team and hire her. Adams is heard repeatedly stating that Mrs. B could lose her house and staff while her house is paid for and she has an estimated $200+ million in assets.

Mrs. B, her personal physician, her staff, and family have all consistently held that she does not need to be under a conservatorship. The court in her case didn’t allow a single witness to speak on her behalf after disqualifying her attorney.

One of the things that struck me in the recordings was that not one single time where Mrs. B emphatically states she does not need to be under a conservatorship does either attorney show any interest in exploring that possibility. Why not? Research has shown that there is little to no incentive for court-ordered conservators to report back to the judge that a mistake has been made. In cases like Mrs. B, where hundreds of millions are at stake, the conservators and the allies they hire can make substantial amounts of money from managing their wards’ estates.

The American Bar Association published a study in 2017 on the Restoration of Rights in Adult Guardianship that found, “an unknown number of adults languish under guardianship” when they no longer need it, or never did. The authors wrote that “guardianship is generally permanent, leaving no way out—‘until death do us part.’ ”

If you haven’t seen the Netflix show Dirty Money it’s worth taking the time to watch their episode on Guardianships. It provides a great primer on the abuse of conservatorships and guardianships. Do yourself, your loved ones, and your community a favor, grab some tissues, and go watch it ASAP.

It’s a gut-wrenching account of how a system intended to protect seniors has robbed many of their lives and livelihood. It shows how courts have ripped seniors away from their families, friends, homes, priceless sentimental possessions, and most frequently, their money and assets. That is the real target in most cases.

“This is supposed to be America. I still can’t believe it,” John Savanovich, a senior who has lost everything, says through tears as at the end of the episode. Savanovich went to an attorney for help when he received notices from the city for allowing his properties to become run-down after falling into a depression following his mother’s passing. The lawyer used the court system to become the conservator of Savanovich’s entire estate and, against his wishes, not only sold the extra properties he owned, but also his family home. They did not allow him to even collect his belongings before it was torn down. The court ordered conservator sold the properties for over a million dollars: money that they are now refusing Savanovich access to.

The show highlights interviews with Rachel Aviv who researched the issue for a feature story in the New Yorker, “How the elderly lose their rights.”

Aviv wrote this alarming passage describing the system, “In the United States, a million and a half adults are under the care of guardians, either family members or professionals, who control some two hundred and seventy-three billion dollars in assets, according to an auditor for the guardianship fraud program in Palm Beach County. Little is known about the outcome of these arrangements, because states do not keep complete figures on guardianship cases—statutes vary widely—and, in most jurisdictions, the court records are sealed. A Government Accountability report from 2010 said, “We could not locate a single Web site, federal agency, state or local entity, or any other organization that compiles comprehensive information on this issue.”

The report details one of the biggest flaws in the system, one I feel strongly needs the attention of Alabama lawmakers, Governor Kay Ivey, and Attorney General Steve Marshall.

One of the biggest problems within the system is the lack of transparency and accountability in the system. There’s no way to find out which courts or judges are putting seniors into the system and if they are favoring certain guardians and/or conservators over others.

The GAO report states, “Our research did not identify any public, private, or non-governmental organization that systematically tracks the total number of guardianships or allegations of abuse, neglect, and exploitation by guardians. GAO previously found that many of the courts we surveyed did not track the number of guardianships that they were responsible for monitoring. Our work also identified differences in the way courts track guardianships. For example, in some jurisdictions, records of guardianship appointments were available online, but in many areas they were not.”

No state is and no jurisdiction seems immune to problems. The Bashinsky case in my first story is not the only headline-worthy guardianship/conservatorship case happening in the state right now. After publishing my first story, I heard from others who have loved ones languishing under conservatorships that are bleeding their finances dry and stripping the wards of their independence, dignity, and even their health.

A 2010 report titled “Guardianships: Cases of Financial Exploitation, Neglect, and Abuse of Seniors” by the U.S. Government Accountability Office reviewed hundreds of allegations of abuse over a 20 year period. Their findings stated, “Most of the allegations we identified involved financial exploitation and misappropriation of assets. Specifically, the allegations point to guardians taking advantage of wards by engaging in schemes that financially benefit the guardian but are financially detrimental to the ward under their care. Also, the allegations underscore that the victim’s family members often lose their inheritance or are excluded by the guardian from decisions affecting their relative’s care.”

The charges center around Doug Patterson and his ward Charles Hardy. According to the Attorney General’s office, “Hardy, who is now deceased, was an incapacitated senior living in a Limestone County nursing home for military veterans. At the time Patterson became his conservator, his account had over $43,000. By December 2016, the account had less than $200, and Patterson had withdrawn $47,800 for his own personal use. Patterson deposited Hardy’s money into his personal account, his law firm account, and his business account. Some of these withdrawals took place after Patterson became a judge. In each of these instances, Patterson converted the money to personal use unrelated to Hardy’s care or well-being.”

Crimes against the estates of seniors by those tasked with protecting their interests aren’t new in Alabama either. In 2008, then-Attorney General Troy King successfully brought charges against Covington County Probate Judge Sherrie Phillips. Phillips was arrested and convicted of 6 felony ethics and theft charges stemming from $1.8 million she stole from the estate of a deceased man, Cary Douglas Piper of Castleberry in Conecuh County. She served three years of a ten-year sentence and was released in October 2012.

So what can we do? First, we need to find lawmakers willing to take on the system to rid it of the many current opportunities for unethical and illegal actions. We need to make sure that each person put into a conservatorship has the opportunity that Mrs. Bashinsky was denied by the Jefferson County court system to make their own case.

As the GAO report suggests, we need to increase transparency and accountability by creating a statewide database that provides information on conservators, judges, complaints, and disciplinary action.

We need to disincentivize those who are given control over a ward of the court’s assets from acting against their will, either by attempting to undermine their efforts to prove their ability to control of their own assets or by outright devious or unethical actions.

If a conservator has evidence that would lead a reasonable person to believe that their charge does not belong under a court order and doesn’t take the appropriate action to rectify the situation rather than profiting off of it, there should be civil and criminal consequences. Should any attorney do this, it should qualify them for disciplinary action by the bar.

Full Article & Source:
Protected or Prisoner Part 2: How our grandparents and their livelihoods are being stolen by the court system
Posted by NASGA