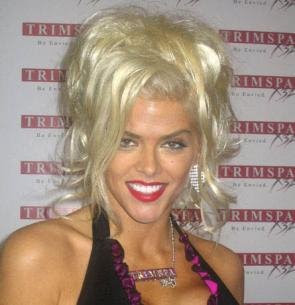 More than 150 years ago, Charles Dickens mocked the delays and foot-dragging in England's chancery system of litigation in one of his finest works, Bleak House. Central to the story, delivered to readers at the time in 67 chapters in 20 installments over 18 months, was a lawsuit over an inheritance. The suit, Jarndyce v. Jarndyce, dragged on so long that the original parties had died, and legal costs consumed what was left of the estate, making clear Dickens's point that justice delayed cannot only be justice denied but can amount to more injustice. The book is credited with encouraging needed reforms in England's lackadaisical and cumbersome legal process.

Today, Americans, if they pay attention, may either enjoy or stand aghast at a modern rendition of Bleak House in another case about a wayward inheritance, Marshall v. Marshall. It is the case brought by actress and celebrity Anna Nicole Smith in 1995 to collect money from her deceased husband, J. Howard Marshall, II, after an unusually brief marriage. Fourteen years later, Anna Nicole Smith is dead.

So, too, is E. Pierce Marshall, whom a Texas probate court appointed as executor of J. Howard's estate, and who was Smith's primary target. The case has gone up and down, and in and out of state courts and federal courts. It's reached appellate levels in both, rising to the U.S. Supreme Court in 2006, where it was returned for further proceedings to the Ninth Circuit Court of Appeals. Thus, as in Bleak House, all the original participants are dead, but the case lives on.

The lawyers call that dragging out a case and boy, this one ranks right up there - doesn't it?

All of this is by design.