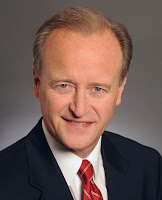 A bill that adds elder abuse to Minnesota's predatory offender registry has advanced to the Senate. Republican Senator Warren Limmer of Maple Grove is the sponsor of the legislation. Limmer says nursing home employees who abuse a vulnerable resident would be added to the registry.

Yes indeed. This is a good beginning!

This is progress. Now let's work on having guardianship abuse classified as an offense!

A step in the right direction!

I hope this bill makes it!