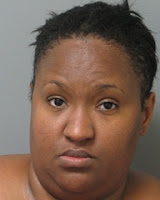 A home care worker was arrested for stealing thousands of dollars from the elderly man she cared for.

Investigators stated they were contacted by an 82-year old man living alone in his East Memphis home on July 7th after he found his checking account to be grossly overdrawn. They determined that his caregiver, who had been caring for the victim for 10 months, had stolen nearly $14,000 from him by writing checks to herself on his account.

32-year old Trenese Wilson, who was employed through Home Instead Senior Care, was charged with 28 counts of Forgery, as well as Theft of Property and Financial Exploitation of a Vulnerable Adult.

I believe Caregiver theft is growing. Beware of who you hire.

Very scary to think how vulnerable people are and what easy prey.