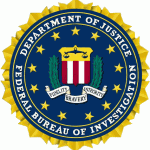 United States Attorney Sally Quillian Yates said, “This doctor attempted to bilk Medicare and Medicaid for over $2 million for psychological services he never provided to elderly nursing home patients. Some of the patients were dead at the time he claimed he provided services; others never received treatment. Now he’s headed to prison.”

“Many of Georgia’s neediest citizens rely on Medicaid for access to health care. The Attorney General’s office is committed to weeding out fraud so that every dollar is spent on those who need this vital assistance,” said Georgia Attorney General Sam Olens.

Full Article and Source:
Doctor Sentenced to Prison for Submitting Fraudulent Bills to Medicare and Medicaid
Posted by NASGA

How often does this happen? Probably more than we know.

Whenever I hear the politicians threaten to cut services, my first reaction is that they should hire more people in the fraud units to catch this kind of fraud instead.

It's not a fair statement to make, but I'm going to make it anyway ---I think most doctors who work in facilities are guilty of the same thing.