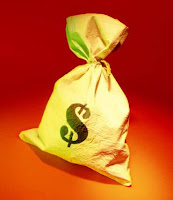 Janet Stubbs was grateful when the nursing home recommended hospice care for her Aunt Midge. Although Stubbs knew that her aunt wasn't dying, the offer of free Medicare-paid hospice visits from a nurse and chaplain, plus an extra weekly bath, was too good to pass up.

Stubbs didn't know that her aunt, Doris Midge Appling, was admitted to Hospice Care of Kansas during the company's Summer Sizzle promotion drive, which paid employees as much as $100 a head for referrals, according to the Justice Department. Stubbs also said she had no clue that the nursing-home doctor who referred her aunt for hospice moonlighted as medical director for the hospice company.

Hospice care, once chiefly a charitable cause, has become a growth industry, with $14 billion in revenues, 1,800 for-profit providers and a base of Medicare-covered patients that doubled to 1.1 million from 2000 to 2009.

Compensation based on enrollment numbers, pay to nursing-home doctors who double as hospice medical directors and gifts to the nursing facilities have helped fuel the boom, according to an examination of 1,000 pages of court documents and interviews with more than 45 current and former hospice employees, patients and family members.
"They wanted us to admit, admit, admit," said Joyce White, a former marketer for Vitas Healthcare, the nation's largest hospice chain. "All of us competed against each other to make our numbers. You lived or died by your numbers."

Full Article and Source:
Feds Investigate Fraud in Hospice Care, Which has Ballooned into $14 Billion Industry
Posted by NASGA

There are more and more stories coming out about hospice. I hope some one - some victim - stands up and starts a reform movement like NASGA but dealing strictly with hospice.

You're right, Standup. What makes it particularly bad is hospice is profiting from other people's misery. That makes the damage they do unforgivable.

I know not all hospice is bad. But, when it is, it's really bad!

There you go, once again, people become numbers and profit.