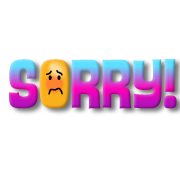 A veteran Nevada judge apologized, and a disciplinary panel agreed to issue a public reprimand to her for keeping irregular court schedule during a 2010 trial.

Clark County District Court Judge Valorie Vega acknowledged Monday to the Nevada Commission on Judicial Discipline in Las Vegas that she was discourteous to jurors, lawyers and court officials by keeping a jury deliberating all night at the end of a six-week trial. Vega promised it would never happen again.

The apology before the seven-member commission avoided a full-fledged hearing.

Its reprimand will be issued later in writing. Vega also was found to have improperly recessed proceedings early six times during the trial to attend her daughter's high school soccer games.

I do appreciate the apology. It seems like judges don't have the capability to apologize these days -- no matter what they've done.