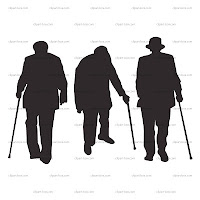 A bill requiring people in certain occupations ranging from medical care to the clergy to report abuse of seniors cleared a Colorado Senate committee on Wednesday.

Senate Bill 111 is the product of an elder abuse task force that met last year to make recommendations on legislation requiring mandatory reporting of elder abuse. Colorado is one of only three states that does not have such a law.

The bill would  require doctors, nurses, social workers, clergy members, law enforcement officers, nursing home staff, home health care workers and others to report any neglect or abuse of anyone over the age of 70 within 24 hours of observing the abuse. Those who willfully fail to report abuse could face a fine up to $750 and up to six months in jail.

"We have an obligation to prevent crime and to lessen the effects on victims and that's what this bill does," Sen. Evie Hudak, D-Westminster, sponsor of the legislation, told the Senate Judiciary Committee on Wednesday.
Hudak said similar legislation has been proposed for decades, but there always were concerns about how it would be paid for because increased reporting of elder abuse could raise case loads for Adult Protective Services investigators. A 2005 bill was vetoed by then-Gov. Bill Owens.

Do not worry about the cost of certain people having to report elder abuse and exploitation, because it will be a rare occastion, when that hapens. I am in Oregon, which has had that law on the books for some time...How come the fraud inflicted on me, a now 86 year old resident, was never investigated, let alone prosecuted, because they considered the fraudulent action of having taken my inheritance by fraud - a civil matter...privately: they said, they did not have the funds to go after the perpetrators, 3 attorneys and a complying judiciary, while I have the legal entry of the deeds in my name. The did immeasurable harm to me and my life for te past 12 years. eb

A duty to prevent crime?
Then stop the fiduciaries ("persons of trust"?) from bleeding the estates of their wards.

Mandatory reporting is a double edged sword. It has a good purpose, of course, but it can also be used by the bad guys to a bad end.

Just because a fiduciary has worked with the Sonoma County California adult PROTECTIVE services with her on OCCASION is right, If there are complaint about her, Then the APS should investigate her not refused to because she works on OCCASION with her.
If someone has filed a complaint against her it should be looked into, APS is saying any complaints against her is not going to be done to see if it's true. So were do people go to film a complaint against someone?

How do you stop the fiduciary? You go to court if the courts feels you don't need a new fiduciary and Aprille is able to stay a your fiduciary and if you have no family and no one who will really look into the matter, You end up getting worse treatment from her, and you will be lucky if you have enough in your trust to pay the bill when you die.
Great to see people really care about the elderly and disabled.
Good old APS and disability rights and NBRC are really doing their jobs