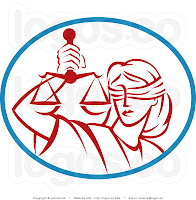 After a three-month court battle and a personal plea at the end of a two-hour court hearing, a 78-year-old Nashville resident won her battle Tuesday to have a family member serve as her conservator rather than the county public guardian.

Jeanan Mills Stuart, the public guardian, was appointed as temporary conservator for Fowler late last year over the objections of Robert Walsh, a brother who also lives in Illinois, who petitioned to be conservator instead. Robert Walsh said he was told he couldn’t be the conservator because he lived in another state. No such objection was raised Tuesday to Cathell’s appointment.

Other family members and wards have complained about fees charged by Stuart, the public guardian appointed by Metro Council. She currently charges $225 an hour even when she is doing non-legal work. A handful of wards have fought their conservatorships under Stuart and gotten released.

In this case, Fowler and her family contacted The Tennessean after seeing a story published Sunday about Davidson County’s public guardian. They complained that they had no control over Fowler’s finances and life decisions, and questioned Stuart’s proposal to sell her home. They argued in court that a family member would be better suited to be conservator.

“This is the worst thing I’ve seen in my life,” Robert Walsh said of the entire process.

After testimony by caregivers and relatives, Kennedy stepped down from the bench and took a chair across from Fowler to hear her personal plea, which was barely above a whisper. Seated in a wheelchair, Fowler said that she agreed that her sister could properly care for her. “You need the assistance of your sister,” Kennedy said. Fowler plans to move to Illinois to be closer to her sister and a brother.

Asked after the court session if she was happy with the result, Fowler smiled and said, “Yes, now I have my money back.”

Thanks to The Tennessean for revealing the big bucks Stuart has been bagging.

Hooray!!!! Thanks to the Tennessean is right!

With a Judge like Kenedy it's easy to bag big bucks.

Yippee!!! Think Judge Randy Kennedy is finally finding out people are watching and they're not liking wghat he's doing to vulnerable people?

This is wonderful news. Poor Kennedy didn't get one of his cronies in there. It must have upset him for days....

If the eyes of the press and courtwatchers weren't in that courtroom, it is highly unlikely that the courts decision would be what we are reading here.

Congratulations! Imagine that, family wins the right to have their own family member with them.

Our children need to be educated in the laws that will change the course of their lives in ways they could not even imagine.

Innocent people living under order of the court.