D.C. lawyer gets harsher penalty for lying in discipline hearings 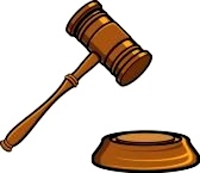 A lawyer who convinced a District of Columbia bar discipline hearing committee that she was truthful about events from several years earlier had less credibility in a subsequent hearing by the Board on Professional Responsibility and ultimately, on Thursday, when the D.C. Court of Appeals upheld the Board.

Stephanie Y. Bradley’s “intentional falsehood” turned out to be an aggravating factor for the board’s decision, upheld by the appeals court (PDF), to suspend her from the practice of law for two years.

The initial hearing committee, though believing Bradley’s explanation on some key points, had found her ethical lapses sufficient to recommend 90 days. She had previously received three formal admonitions.

Though claiming she regularly visited the man at the nursing home, Bradley was shown to have largely ignored him for nine years, having filed only three of the required semi-annual reports with the superior court and ignoring calls and letters from the man’s family in Texas, who wanted to move him closer to them. In 2004, the family got another lawyer to initiate the move and filed a bar complaint against Bradley.

While guardian for the woman, Bradley failed to prevent a purported family friend and caretaker from embezzling between $200,000 and $250,000 from her bank account and failed to file for a payout from a life insurance policy and for a civil-service lump sum benefit due the woman.
In 2003, another lawyer represented the woman in removing Bradley from her care, then sued Bradley and recovered more than $400,000.

This is the way it should be!

For what she did, she should be disbarred. Two years is simply not enough.