Michigan Motel Owner Did Not Tie His Elderly Parents to Bed, Attorney Says 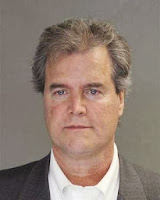 Eric Gala loves his parents and would never abuse or neglect them.

That’s what his attorney, Tim Barkovic, said of the Fraser motel owner accused of tying his elderly parents to a bed or chair and keeping them in an unsanitary room attached to the motel’s main office.

“He vehemently denies these allegations. He cares for and loves his parents,” Barkovic said Monday after Gala’s preliminary exam was adjourned until Dec. 20 in 39th District Court. “My client is absolutely not guilty.” 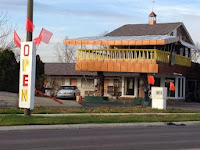 Fraser public safety officials said they responded to the Flamingo Motel on Groesbeck on Nov. 6 on an abuse complaint from a former employee.

They said they found the couple, ages 92 and 78, in a dark room filled with flies, lying in their own feces and urine. The mother, 78, had a strap around her waist that was tied to a chair next to the bed, Lt. Dan Kolke had said. He did not know how the father, 92, was being held, but said he was in the same bed.

The couple also was tied to a chair when watching TV, and an inside door handle was taken off so they couldn’t leave, Kolke had said. He said police believe Gala did not want to put his parents in a nursing home.

Full Article and Source:
Michigan Motel Owner Did Not Tie His Elderly Parents to Bed, Attorney Says
Posted by NASGA

I can see where the son may have thought he had no options. We will have to follow the trial and even then we may never know the real truth.

I wish he wasn't guilty of doing this.