On Labor Day 2009, a young woman named Michelle Lund was rushed to an Orange County, Calif. hospital with a brain aneurysm following a night of partying with friends. Within days, as she teetered on the brink of death, the lines had been drawn in a vicious battle over $400 million that has torn one of the nation’s most famous families apart.

Michelle and her twin brother, Brad Lund, are the grandchildren of late entertainment titan Walt Disney. In the 1950s and 1960s, their father Bill, a real estate developer, helped Walt scout the swampy acreage in Central Florida that would become Disney World. 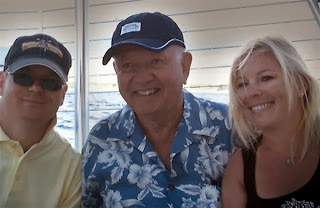 Bill married Walt’s daughter, Sharon, in 1968, and the twins were born in 1970. Before she died in 1993, Sharon set up trust funds for Brad and Michelle that are now worth about $400 million. According to the terms of the trust, the siblings were each to receive annual payments, plus lump sums at five-year intervals.

But now the twins have squared off -- Brad with father Bill in his corner, Michelle in hers with the estate’s trustees. They are set to meet in a California courtroom for a civil trial that begins Dec. 5.

The legal battle began immediately after Michelle’s aneurysm, while she was comatose. Bill tried to move her to a hospital in Arizona, where he lives, and the trustees filed suit. When she recovered, Michelle took the trustees’ side. Ever since, they’ve been paying out Michelle’s regular multimillion-dollar disbursements according to the terms mandated by Sharon, but withholding Brad’s payments. In next month’s trial, Bill and Brad will try to end the trustees’ control of Brad’s money.

Michelle’s side says Brad is incapable of managing the chunk of the Disney fortune due him because he has “chronic cognitive disability.” The trustees also allege that Bill Lund has “taken advantage” of his son’s “disability” to gain millions in the past, in the form of “secret profits” using trust fund money.

Bill denies wrongdoing, charging it’s the trustees who’ve looted the trust fund of millions. They've been manipulating Michelle by releasing funds to her while denying payments to Brad, he says.

Full Article and Source:
The Disneys:  Not the Happiest Family on Earth
Posted by NASGA

This case is so crystal clear, it's an example of lawyers gobbling up as much as they can. The trust is supposed to be divided between Michelle and Brad. And that's what should happen. But, the lawyers are making money, so they're fighting each other -- all at the Disneys' expense. Very sad.

Snakes in the grass laying in wait to strike with the enabling court.

Here is a prime example of fraudulent petitions for conservatorship / guardianship.

Probate churning people into products to feed the protection industry. The Brad Lund case is so disturbing to me personally ~~ all based on what?

May God have NO mercy on the evil ones and they know who they are.

On a very personal note: Wishing for truth in justice for the Lund family Sherry and Bill - God Bless them and their support team for their loving, loyal support support of Brad.

I think it's a very sad case and that opportunists got ahold of Michelle when she was down and out and now it's costing Brad. And even worse, the family is being torn apart. What a terrible, terrible shame. Walt Disney wouldn't have put up with it.

if mr walt disney could speak what would he say about this travesty? i cannot put into writing my thoughts that would guarantee being rejected by the good folks at nasga for being offensive language to those who deserve a string of cuss words that would only begin to describe these non human its no conscience no ethics sociopaths snakes in suits and how on gods good earth did the court allow this to go on and on and on at what cost in dollar amounts? no way to measure the loss of time the loss of being free brads family is forever changed by this what dollar amount can ever equal the suffering? i agree with disney fan no forgiveness no mercy for these thieves our courtroom terrorists must be held responsible and accountable for their actions and inactions amen

Brad Lund was instrumental in the passing of HB 2424 in Arizona.

It boils my blood to see this disagreement capitalized on by the lawyers and the court.

Lawyers are opportunists. They see a family feud and it doesn't matter what it is and they're there to feed. In the case where there's millions of dollars, they're feeding with a smile bigger than their faces.

I'm sorry Brad Lund has to go through this. And I also appreciate Bill Lund standing up for him. I hope Michelle thinks hard about what's happened and decides to fix it.

It's no secret that 'some' lawyers will create disharmony instigating opposition knowing a court fight will lead to the almighty money reward in the form of billing for time and services which have to be astronomical X 100 in this case.

I agree Walt Disney would tell these sob's like it is. If only the deceased could talk well he did in the trust but is anyone listening?

Eternal damnation to the fires of hell to any and all who engaged in this scheme.

Hang in there Brad. We'll be hoping the Dec. 5 goes your way.

I support Brad and Bill Lund.

How do these trustees justify cutting Brad off because of a disagreement over his sister's care?

This money is supposed to be divided evenly. That's really not difficult math.

These lawyers should be fighting for their licenses, not billing, billing, and overbilling on a cooked-up dispute.

I hope eventually the family heals. I am sure there has been a lot of hurt and it's been egged on by the lawyers and maybe even most of it has been created by the lawyers.

But, twins should always make every effort to re-connect, and I hope that's what happens to this family eventually.

It's a terrible, terrible shame that this is going on and I just hope the family unit is eventually repaired.

And I hope the trustees are held accountable for what they are doing.

I bet the trustees are laughing all the way to the bank.

It goes without saying: the Disney name equals $$$$$ and opportunity for those who would do anything to get it.

I believe Bill Lund is looking out for Brad's best interest, and not his own. I wish instead of this article focusing on the rift, that it would have focused on the underlying problem of the trustees.