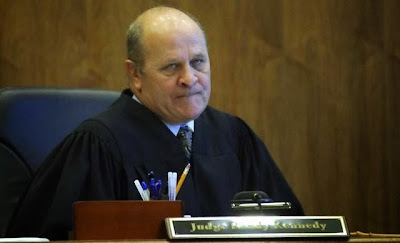 A task force assigned to examine the growing number of  conservatorships in Davidson County has concluded there aren’t enough resources to provide adequate oversight and has proposed the creation of a publicly funded Office of the Public Guardian.

In a 55-page report made public Friday, the task force appointed in March by Probate Judge David “Randy” Kennedy said the proposed new office could be funded by a combination of public money and voluntary support.

The panel cited an increasing caseload of conservatorships in the local court, with the number jumping from 636 in fiscal year 2009 to 1,782 in 2012.

The task force was appointed in the wake of the abrupt resignation of the public guardian, Jeanan Mills Stuart, after a series of Tennessean reports on the fees Stuart charged for a variety of tasks. Among those tasks were accompanying wards on shopping trips and attendance at events, including a symphony orchestra performance.

Stuart, whose resignation coincided with Kennedy’s demand that she resign, charged her wards the full hourly lawyer’s fee — up to $225 an hour — no matter the task.

A Tennessean review of Stuart’s billing showed she billed twice for the same services, including a five-hour shopping excursion.

The task force dodged the issue of setting specific fees for nonlawyer tasks but did recommend that conservators be required to “use their time as judiciously as possible” and “act in the best interest of the ward.”

The panel, headed by attorney Colleen P. Mac­Lean, did not recommend a specific budget or staffing level for the proposed public guardian office but instead contrasted the current effort in Davidson County with Tarrant County in Texas, which it cited as a model program.

While Tarrant has a staff of 11.5 to handle an annual caseload of 1,237 cases, the panel said, Davidson has a single judge and a staff of 3.5. Davidson’s caseload is growing and is expected to surpass 1,910 a year.

The Tarrant court has an annual budget of $940,000 and it spends an additional $675,000 to contract with a third party to provide services to wards.

In addition to urging an increase in public funding, the panel said increased court filing fees could underwrite the cost of some of its recommendations.

Kennedy did not respond Friday to a request for comment but provided a copy of a letter forwarded to Metro Council members along with copies of the report.

“I am confident that working together we will continue to enhance and improve our system of justice in this challenging area of the law,” Kennedy wrote in the letter.

The panel attributed the high Davidson County caseload — the highest in the state — to a variety of factors, including a high number of nursing homes, hospitals and veterans facilities and a large homeless population.

“This translates into a ballooning demand, particularly of indigent individuals in need of a conservatorship who do not have friends or family available to serve in this position,” the report states.

Data gathered by the panel showed that the fees charged by conservators currently range from $50 to $250 an hour. Much of the current caseload, it found, is handled by nonprofit and government agencies.

But, the task force warned, those entities “don’t have the capacity to serve all the indigents in Davidson County.”

While not recommending specific fees for non-legal-conservator services, the panel did suggest a system under which overall fee limits could be set.

It cited a flat fee of $1,500 for a case requiring minimal duties and a ceiling of $10,000 for more complicated cases, with a requirement that fees over that ceiling would require greater documentation.

The panel also called for the creation of a program to provide voluntary services for overseeing conservatorships. Such a program would provide training for those interested in serving as conservators.

Overall, the panel concluded that the Davidson County court has too few resources dedicated to the administration and oversight of conservatorships.

“The number of these cases is expected to grow even further as the baby boomer generation ages and life expectancies continue to grow due to advances in modern medicine,” the report concludes.

And what did the task force report on Judge Randy Kennedy?

The task force should have found Kennedy at the root of most of the problem!

Judge Randy Kennedy is a disgrace to the robes he's wearing and the bench he's sitting on.

The judge isn't looking so positive in this photo in my opinion that's good news because he won't live long enough to feel the pain throughout Davidson County what a sorry excuse for a judge apologies to the good judges out there who must be steaming inside due to the disgrace brought to the bench by Judge Randy Kennedy.