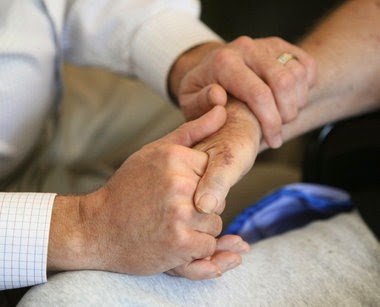 Be careful who you entrust to care for your parents. New research from Northwestern Medicine suggests that many nursing agencies recruit people with no experience to provide in-home care for seniors off Craigslist.

The study, published Friday in the Journal of American Geriatrics Society, found that many agencies nationwide fail to conduct criminal background checks or drug testing for new hires and don't require any real experience or training, which may lead to elder abuse.

"People have a false sense of security when they hire a caregiver from an agency," lead study author Lee Lindquist, M.D., said in a statement. "There are good agencies out there, but there are plenty of bad ones and consumers need to be aware that they may not be getting the safe, qualified caregiver they expect. It's dangerous for the elderly patient who may be cognitively impaired."

Of the 180 agencies researchers surveyed in the study, 55 percent conducted a federal criminal background check and only one-third of those agencies interviewed administered drug tests.

"Considering that seniors often take pain medications, including narcotics, this is risky," Lindquist said. "Some of the paid caregivers may be illicit drug users and could easily use or steal the seniors' drugs to support their own habits."

Lindquist, a physician at Northwestern Memorial Hospital, recalled a particular situation in which she witnessed dangerous caregiving first-hand. The caregiver of a 103-year-old patient was frequently mixing up her own medications with the patient's, giving her medicines to the elderly patient by mistake because she was illiterate.

"Some of the paid caregivers are so unqualified it's scary and really puts the senior at risk" for elder albuse, Lindquist said.

Another problem that government, in its role as parent patria, is not attending to.

There needs to be accountability for this reckless action.

It's all about profit. Profit first.