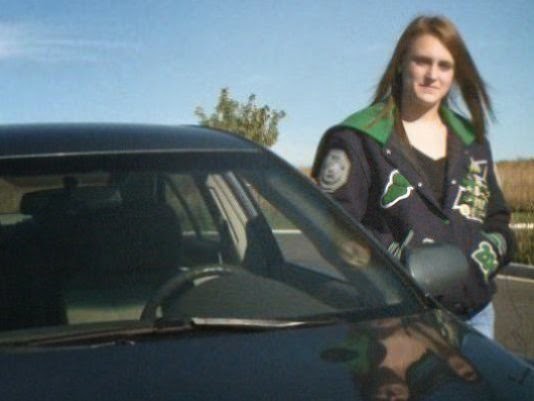 JEFFERSON COUNTY, Colo. — The teen who police credit with stopping an alleged assault on a senior citizen says she had a gut feeling that made her turn down an unfamiliar road Tuesday.

Caitlin Torgerson, 17, said she was driving home from her internship when she spotted a sign for a horse boarder. She loves horses and says she decided to turn down that road in unincorporated Jefferson County.

When she turned the corner, Torgerson says she saw an elderly man walking up the road toward her. She said he appeared to wave at her. Thinking he was just being friendly, she waved and kept going.

When she turned around a few minutes later she says she came upon the man again. This time she noticed an injury on his hand and a younger man.

"The older man just kept repeating that he needed help and that this younger man is wanted by the police," Torgerson said.

But Torgerson said the man with the senior told her he was the man's caregiver and that the victim was just confused.

"The younger man approached the older man pretty violently. He grabbed him by the neck and started pulling him backwards," she said. "And that was not a careful thing. I mean with older people, I feel like you should be more delicate."

Torgerson said the caregiver told her she shouldn't be there, so she drove away. Not believing the man's story, she called police while parked at a nearby intersection.

"I waited for the police to show up, and I pointed them to where the house is," she said.

Police say they arrived at the home to find the 75-year-old victim with a dog choke collar around his wrist, and the caregiver hiding in a room downstairs.

Robert Bozarth, 21, was booked into the Jefferson County Jail on first-degree kidnapping, second-degree assault and theft from an at-risk adult. He is currently being held on a $500,000 bond.

Oh my gosh, this world is getting scarier all the time.