Restrictions Sought On Guardians Of Elderly 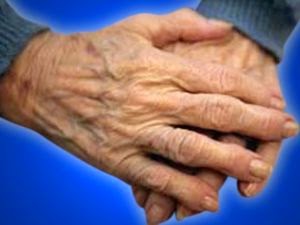 Calls for tighter controls on elder guardians pervaded the seminars and hallways of the American Bar Association’s National Aging and Law Conference Thursday and Friday.

“Powers of attorney are so widely abused it is like writing a check with no one looking over,” said Charles Sabatino, director of the ABA Commission on Law and Aging.

Sabatino argued that there should be a third party—perhaps a family member—watching over a guardian’s activities. Documents should mandate such controls, he added, citing as one example a requirement that a second signature be necessary when a guardian conducts a transaction on behalf of an elderly client over a certain amount of money, say $10,000.

Guardians should also be required to send the third party an annual financial report.

“There are a lot of creative things that can be done,” he said.

Lawyers who draft estate planning documents should be trained to spot senior fraud and be aware of potential pitfalls that could lead to elder abuse, Sabatino added.

Courts usually require a doctor to determine whether individuals have lost his their ability to think clearly before agreeing to impose a guardian and strip them of the rights to manage their financial affairs.

But most doctors lack the training to diagnose if a person is mentally disabled, cautioned Susan Cassidy, a Florida attorney with wealthy clients and the former medical director of the NFL Player Benefit Plan.

“Unless you have fundamentally lost it, you should be allowed to make decisions about your life and have your personal liberties respected, said Cassidy.

The American Bar Association is developing materials for lawyers to promote the righting of the least restrictive powers of attorney for clients, said Lori Stiegel, senior attorney for the ABA’s Commission on Law and Aging.

NASGA continues to grow and our voice grows louder every day. I am glad to see the ABA listening. That's step 1.

It is big news that the ABA is actually coming out saying guardianship is a problem. They've known it for years and their answer has been study, study, study. It's long past time to move to action. I'm glad to see this from the ABA.

I am encouraged too

Reform is long over due!

I think it's a good sign that the ABA is getting on board and on the record saying there are problems. Now they need to work with victim advocates on reform!

It should be required that a certified fraud auditor should regularly review the financial records.