Metro Could Be on Hook for Money Stolen from Estate 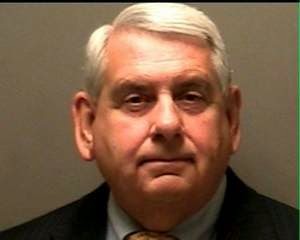 The attorney for an estate bilked out of $771,009 is asking a judge to rule that Metro government should be held liable for those losses because the probate court clerk's office failed to perform its statutorily mandated duty to monitor the case.

The argument filed this week in a 17-page document filed in circuit court concludes that the Probate Clerk's office headed by Robert Bradshaw negligently failed to require the now jailed administrator of the estate to file annual reports for a full decade.

The suit against Metro government follows the guilty plea by attorney John E. Clemmons to charges that he stole over $1 million from estates and conservatorships he had been assigned to manage. The pleas included the estate of William C. Link, the subject of this week's filings.

Patrick B. Mason, who was hired to represent the estate in the civil suit, argued that neither governmental immunity or quasi-judicial immunity should apply in the case because the probate clerk's duties are set out by specific statutes and the duties were put in place to protect a specific individual and not the general public.

Clemmons, who is serving a 16 year jail sentence imposed after his guilty pleas, was appointed administrator of the Link estate in 2003. While he filed an annual accounting in 2004, he never filed another before his removal from the case in 2013.

In a nearly identical brief filed this week, Mason argued that Metro also should also be held liable in another case handled by Clemmons, the conservatorship of Donald E. Griggs.

In his briefs Mason charged that Bradshaw's office "negligently failed to ensure that proper accountings were filed."

In the Griggs case, according to the brief, three years had passed without a proper accounting at the time Clemmons was removed from his role as conservator. Grigg's lost $172,506 while Clemmons served as his conservator, according to court records.

Mason noted that the clerk's office knew the Link and Griggs estates had substantial assets and they also knew "the substantial and unjustifiable risk of their misconduct."

He also cited Davidson County rules of procedure and several prior court cases to bolster the argument.

In fact, the brief argues, the clerk's office owed a special duty of care to the Link estate and its beneficiaries.

"For a period of 10 years the probate clerk's office failed to follow their duty to ensure proper accounting, failed to monitor estate administration, failed to cite Mr. Clemmons for his failure and failed to obtain a contempt order," the filing states.

The cases were originally assigned to Judge Thomas Brothers but he recused himself from the case and it has been reassigned to Senior Judge Ben H. Cantrell.

Clemmons was removed from his role in four cases in Rutherford and Davidson counties shortly after his license to practice law was suspended in April 2013. He was later disbarred.

Full Article & Source:
Metro Could Be on Hook for Money Stolen from Estate

See Also:
Metro Pulled in to Another Conservatorship Case

Nashville lawyer admits to stealing $1.3 million, gets 18 years in prison
Posted by NASGA

Now, we're getting to the meat of it. Immunity comes in play when those who are immune do their job right and their errors are human errors. We're addressing a new arena here. The government has the duty to monitor and it failed miserably. I hope the Metro is held accountable. Bet things would clean up in Davidson County, TN.

I agree StandUp immunity has been stretched too far which was not the intent of this protection. Enough is enough.

Applause to Walter F. Roche Jr. for staying on these cases. Thank you!

Could be? Must be on the hook somebody has to be held accountable for the wrongdoing that's been going on for how long?
Probate court notice the Respondent, the 'ward' is identified as the

In the probate process the defendant is presumed guilty from the minute the petition for conservatorship is filed with the court. That action results in 9/11 for the Respondents. 99.99% of the time being declared a ward is a life sentence. You, me, we're next. Think it won't or can't happen? Perfect attitude that is a gift to the protection industry.

Finally! Here's the case that explores the limits of sovereign immunity!

Sovereign immunity only applies, ladies and gentlemen, when you are DOING YOUR JOB and ACTING IN GOOD FAITH. Also when you FOLLOW THE LAW and HAVE PROPER JURISDICTION over a matter.

Every judge who appoints a guardian with no notice to known family members, with less than the required seven days notice, in the wrong jurisdiction, with a hand-picked guardian ad litem who really represents the petitioner, not the incapacitated person, with inadequate medical evidence, or even REFUSES TO LISTEN TO THE RESPONDENT, throwing the respondent out of the courtroom (see Jenny Hatch) should be shaking and quaking in their boots right about now.

Judges, lawyers, guardians ad litem, public agencies: follow the law, and you will have immunity. Break the law, and nothing, NOTHING will protect you from the inevitable results of your illegal behavior.