Utah bill would protect the right to visit ailing parents 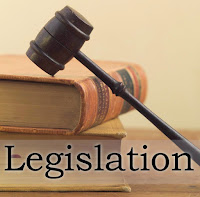 A Utah senator is working on a bill that would protect the right of adult children to visit ailing parents.

Woods Cross Republican Sen. Todd Weiler said the daughter of the late actor Peter Falk asked if he would sponsor visitation legislations as part of her push for similar laws around the country.

Falk was put in a conservatorship in 2009 so his daughter could visit the ailing "Columbo" star, who had advanced dementia. Falk died in 2011.

In a statement, Catherine Falk said that when she was in court fighting to visit her father, she decided to advocate for laws securing the right to visit ailing parents so others didn't have to go through a similar situation.


Falk points to disputes such as the recent case pitting the children of B.B. King against his longtime manager. Before King's death May 14 in Las Vegas, one of his 11 surviving children sought to wrest control of his affairs from his longtime business manager who had power-of-attorney.

Several daughters alleged that they were being kept from seeing the blues legend while he was in home hospice care.

A judge dismissed the dispute, and King's manager said the children were free to schedule visits.


Two of his children now want to block the business manager from becoming executor of King's estate. They say they believe King was poisoned. A lawyer for the estate calls the claims ridiculous, and says three doctors examined King before he died.

While high-profile cases have highlighted the issue of visitation, Weiler said he doesn't know specifically of similar battles in Utah.

Lawmakers in New York are also considering a proposal on visitation rights for adult children, according to a statement from the Catherine Falk Organization.

Weiler said it's important to give people a chance to visit family members before they die.

"I think most people want to make peace and express their love and sadness and maybe try to clear up any misunderstanding before someone passes away," Weiler said.

The specifics of his Utah proposal aren't ready, but he said he'd like to see if there's a way it can allow people to secure visits without going to court.

He hopes to have state lawmakers consider the proposal during their 2016 session.

I am so glad to see someone completely focused on visitation. Thank you Catherine Falk!

Catherine Falk is a voice for her father and for those who have been and are being silenced. When common sense and out of court mediation fails to remedy the isolation problem it's important to have recourse while the isolated one is still alive.

A legal process for visitation and contact with a loved one most often that loved one is a parent. A binding process requires court order. The risk of unneeded or unnecessary guardianship must be avoided. Guardianship is not the answer in many cases all that does is add more complications and grief affecting the person who has no voice it's usually a no win situation at tremendous financial costs to the petitioner, to the isolated person's estate that must be used for their care not on legal fees which can be astronomical.

It's a no brainer all court cases are win win for the lawyers then add in a guardianship case that is the lotto, long term payback and that's the American way but when there is nowhere else to go then that's a system by design that needs to be repaired with laws that fit the current climate. I have a feeling the Peter Falk Bill when signed into law will be a warning to the citizens of that state, settle your problems or you will find yourself in court whether the defendant is acting as DPoA agent, guardian or conservator. Good Luck Catherine!

This is so needed. Thank you Catherine Falk for stepping up and doing this for everyone else. Your Dad would be beaming, no doubt.

And this helps NASGA too.

This is a good year for legislation and the timing couldn't be any better for what Catherine is doing. I am very appreciative of her and I am also glad to see NASGA backing her efforts.

Keep going Catherine. I live in Michigan and this is needed badly.