Disability advocates are infuriated about a case involving a nonverbal woman with disabilities who they say is being held hostage by Jefferson County.

"It is truly outrageous," said Julie Reiskin, director of the Colorado Cross-Disability Coalition. "I call this torture."

County officials have assumed temporary guardianship over 36-year-old Sharisa Kochmeister, a college graduate, and removed her from her home and her father — the only person in Colorado who helps her communicate.

They placed her in a nursing home and forbid her family, friends and even her doctor from visiting her, according to people close to the situation.

"What is she doing in a nursing home in Morrison away from her friends?" asked Marcia Tewell, executive director of the Colorado Developmental Disabilities Council. "Her real community is nowhere near her and they are blocking access."

The ordeal began in March when her father was accused of abuse when he was seen in a Denver hospital using his finger to clear his daughter's throat after she had vomited. She kicked him. He pushed her and it was caught on video.

Denver police were alerted, and Jefferson County Human Services was summoned because the family lives in Lakewood.

Denver's district attorney determined there was not enough evidence to charge Sharisa's father. But Jefferson County still took over guardianship, alleging it was a case of Munchausen by proxy syndrome — a form of abuse when a caregiver exaggerates or fakes illnesses or symptoms.

County officials refused to talk about this case, citing privacy and confidentiality laws.

Sharisa has cerebral palsy, epilepsy and autism and communicates by typing on a computer with one finger. She only types with certain people next to her — her father and her sister, who lives in New York. 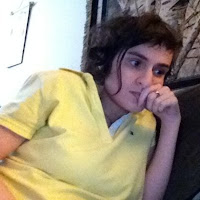 She has a dual degree with honors from the University of Denver, became president of the Autism National Committee and joined the executive committee for the Colorado Developmental Disabilities Council.

She has written articles and appeared on panels to discuss her disability and how she navigates the world.

Another poster case! So incredibly sad.

My god - is there any low they won't go? I am speechless.