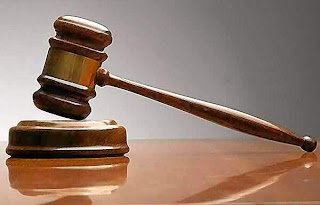 The order calls for a change in the attorney ad litem and an increase in the bond of the guardian.

“The Court also finds,” the order reads, “that the current bond of the guardian is insufficient and should be increased to $115,000.”

The court order calls for the current serving guardian of Anna Walton James, which is stated in the order as James Taylor, to increase his bond to the sum of $115,000 within 20 days of the order and file the bond for approval by Stone, the judge presiding over the case.

On June 25 a motion to remove guardian was filed in Titus County by Barbara Ann Reynolds, presenting herself in the order as the ward’s great-niece, to remove James as guardian; and Reynolds has also filed an application to be appointed guardian.

Family and Court Services, Inc. operated by James Taylor was appointed as the guardian of the person and estate of Ann Walton James in December of 2013, according to court documents.
Reynolds’ motion states that in the order appointing Taylor as guardian, the court required that Taylor post a bond in the sum of $5,000 and that he retain the remaining assets in safekeeping.

“Taylor later filed an Inventory with the Court showing personal property assets in excess of $300,000, but he never increased his bond,” Reynolds’ motion states.

The court records do not indicate the existence of any safekeeping agreement executed with the guardian, according to the June motion Reynolds’ filed.

Reynolds’ motion made a number of accusations against Taylor including him not giving the wards’ family notice as to his filing for guardianship appointment, never executing through the courts a safekeeping agreement on the estate, not filing annual accounts and required reports, attempting to alienate the ward from her family; and acts that “support a belief that the guardian has misapplied, embezzled or removed from the (estate), or is about to misapply, embezzle or remove from the (estate), all or part of the property entrusted to the guardian’s care.”

On July 20, a motion was filed by Taylor to set aside the order appointing permanent guardianship to Reynolds.

Both that order and another order he filed, also on July 20, to answer Reynolds’ order to be appointed as successor guardian called for Reynolds to prove her claims. Taylor’s July 20 order detailed the process he said he followed to seek out the ward’s son before asking for guardian appointment.

On July 10, Taylor filed a general denial of the allegations set out in Reynold’s motion to remove him as guardian. That motion called for Reynolds to prove her claims, charges and allegations.

Taylor’s motion set out the specific denial the guardian’s bond was insufficient, attesting that he had brought the value of the ward’s assets to the court’s attention in his inventory that was filed, and that the amount of the bond was set at the discretion of the court.

His answer also denies that a safekeeping agreement was required.

Taylor’s motion denies he restricted family members from visiting her and details that in early June of this year, he (as guardian) had learned that unknown persons had entered the ward’s room at the nursing home in late May and video recorded the ward, then posted the video on Facebook, without his (as guardian) permission.

Taylor also denied the charge that he had not filed an annual account or an annual report of the person, or had failed to properly account; the mismanagement of the estate and the implications that he “has misapplied, embezzled or misused assets belonging to the Ward.”

Additionally, Taylor’s filed answer states that Reynolds is not entitled to be appointed guardian of the ward, because she is related by marriage and not a blood relative.

This is the first I've heard of this case. Thank you NASGA and I hope there's continuing media.