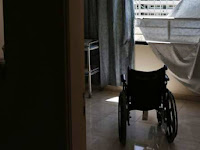 State inspection reports show Missouri nursing homes have caused or contributed to more than two dozen deaths over the past three years.

41 Action News Investigators began reading through hundreds of online reports after the watchdog group, Families for Better Care, ranked Missouri the fourth worst state in the nation when it comes to nursing homes. The same group gave the state an overall F rating.

Nursing home inspection reports from Medicare for the past three years are posted on ProPublica’s website.

One of them was Mary Sales. Her daughter, Cindy Conner, remembers Sales as tough and fiercely independent. Sales, who had Chronic Obstructive Pulmonary Disease (COPD) in her later years, still managed to work part-time and lived on her own.

However, in October 2014, Sales became weak. She made the decision to move into Liberty Terrace Healthcare and Rehabilitation Center.

“She wasn’t supposed to be there for long,” Conner said. “She wasn’t there to live.”

Sales’ intentions while at Liberty Terrace were to grow stronger and go back to living a life of independence in her own home. But that never happened. Sales died less than two months after moving into the facility.

Could Sales’ death have been prevented?
In the days leading up to Sales’ death, Conner said she noticed her mom wasn’t doing well. She said Sales would frequently wind up sick in the bathroom. Conner told 41 Action News Investigators she expressed her concerns to the nursing staff, but they assured her everything was fine.

Conner said she trusted the reassurances she received until she stopped by the facility for one of her daily visits.

Conner said she arrived at Liberty Terrace at 3 p.m one day. Her mother’s pills, which were supposed to be taken at noon, were still sitting on a table by her bed, she said. Her mother was incoherent.

Sales went to the hospital that day. She died a few days later of C-Diff, bacteria that causes diarrhea and inflammation of the colon.

Conner said she held her mother’s hand in the hospital until she took her final breath. “I feel like I should’ve done more,” she said.

Shortly after Sales’ death, Conner began to question if it could have been prevented. According to the state’s investigation, it could have.

The state’s report said the staff at Liberty Terrace made several mistakes leading up to Sales’ death including misplacing physician orders, not following protocol for her medication and failing to notify her doctor in a timely manner of her worsening condition.

“There were people that came in and cared for her and cleaned her up daily…. How could it have not been reported? How could that not have been looked into?” Conner asked.

Deadly findings
The 41 Action News Investigators found the 27 other deaths include mistakes that involved medication errors, bedsores and staff not being properly trained in CPR. There was even a case where a resident was strangled by the seatbelt of his wheelchair because the chair was too big for him.

Brian Lee, director of Families for Better Care, said these types of deaths should never happen.

“To know that there’s almost 30 cases of wrongful death contributed to negligence or abuse, it’s very disturbing,” he said.

What’s even worse is that those are just the cases the state knows about. Lee said many more go unreported.

Why is Missouri’s ranking so low?
In regards to Missouri being ranked the fourth worst state when it comes to nursing homes, Lee said the poor rating is largely due to not having enough staff to care for the residents.

According to Medicare, on average, nurses spend about one hour and 44 minutes a day with each resident. However, the average for Missouri is just one hour and 22 minutes.


Only three other states fare worse than Missouri: Oklahoma, Rhode Island and South Dakota.
Lee said the only way to fix the problem would be for state officials to get involved.

“If the nursing home industry can’t police itself, that’s what our government is there for … to intervene, to protect its people from abuse and neglect,” he said.

Despite several attempts from 41 Action News Investigators, the Missouri Department of Health and Senior Services declined to discuss the issues.

Liberty Terrace Healthcare and Rehabilitation Center was shut down in August after a series of complaints of abuse and neglect.

Conner said she knew something wasn’t right before her mother’s death, but she didn’t know what to do about it.  (Continue Reading)

Thank you for posting this warning, NASGA!

I think we'd all be scared out of our socks if we knew the figures by state. Publicizing this helps if only by embarrassing the state and the nursing homes.